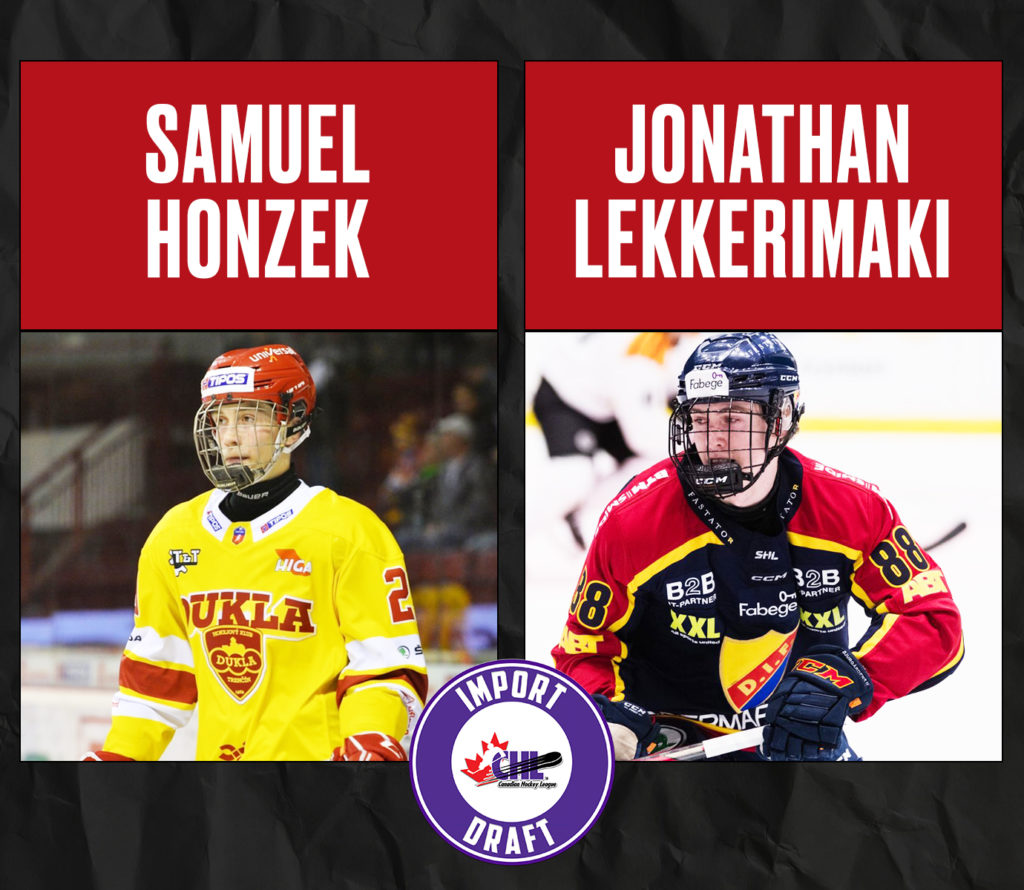 The Giants made a pair of selections at the 2022 CHL Import Draft Friday.

In Round One, Slovak Centre Samuel Honzek was chosen 10th Overall.

Samuel Honzek is a 6’3”, 184-pound left-shooting centre appeared in 49 games with HK Dula Trencin last season in Slovakia. He finished with 10 goals and 4 assists.

Honzek suited up for 5 games with the Slovak U18 team at the U18 World Championships this spring, where he registered 6 points.

He is the ninth Slovak-born player ever selected by the Giants in the CHL Import Draft, joining a list that includes Milos Roman (2017), Mario Bliznak (2005), and Andrej Meszaros (2004).

Jonathan Lekkerimaki is expected to be selected in the upcoming 2022 NHL Draft, he was ranked 6th among European Skaters by NHL Central Scouting. The 5’11”, 172-pound right winger split last season between Djurgårdens IF (SHL) and Djurgårdens IF J20 (J20 Nationell). In 26 games with the senior team, he scored 7 goals and had 2 assists, and in 26 games with the junior team he finished with 20 goals and 15 assists.

Lekkerimaki led the World U18 Tournament in scoring this year, with 15 points in only 6 games.

He is the fourth Swedish-born player ever selected by the Giants in the CHL Import Draft, joining Jesper Vikman (2021), Fabian Lysell (2020), and Casper Carning (2010).