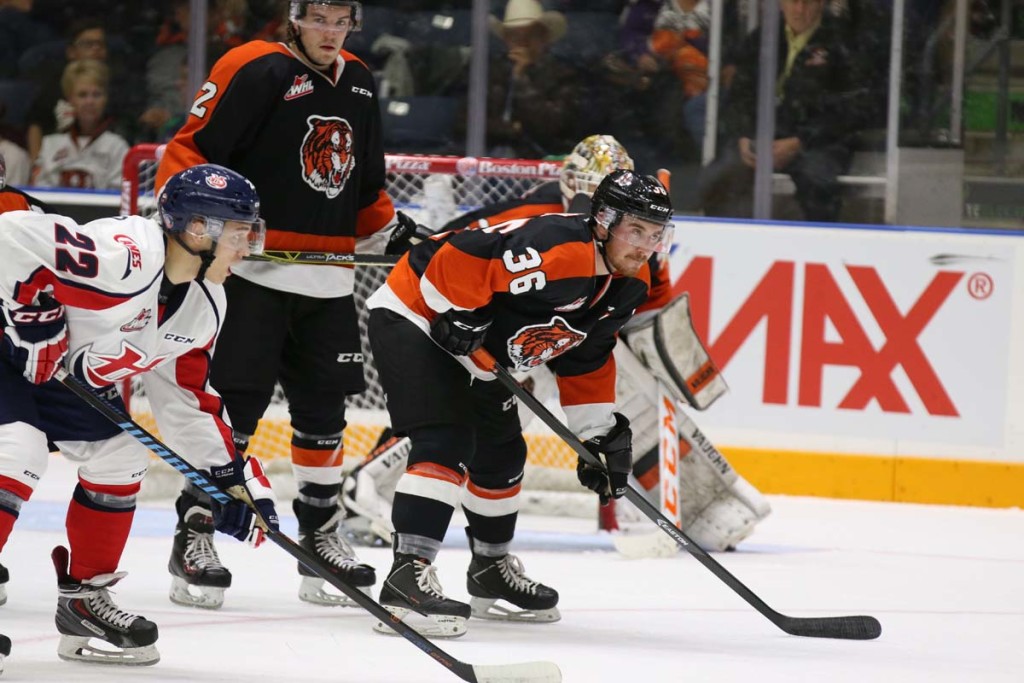 The Vancouver Giants announced on Wednesday that the hockey club has acquired overage forward Trevor Cox from the Medicine Hat Tigers in exchange for 1996-born defenseman Clayton Kirichenko and a second round pick in the 2018 WHL Bantam Draft.

“We’re thrilled to add an elite level offensive player like Trevor to our lineup,” said Giants Executive Vice President and General Manager Scott Bonner. “Coming into this week, we felt our team was just a piece or two away from competing with some of the best clubs in the league, and we hope that we’ve addressed those issues with the moves we’ve made over the past two days. We would also like to wish Clayton all the best with the Tigers.”

Cox, a Surrey native, finished second in WHL scoring in 2014/15 with 29 goals and 109 points. He led the league with 80 assists. Cox was also named to the Eastern Conference First All-Star Team in 2014/15. The 20-year-old has picked up eight points in six games this season with the Tigers but is currently out of the lineup with an upper body injury.

Kirichenko, who hails from Sherwood Park, Alberta, was acquired by the G-Men in a trade with the Saskatoon Blades on May 1, 2014. The 19-year-old blue liner played 60 games in a Giants uniform over parts of two seasons, tallying six goals and 16 assists.

The Giants host the Lethbridge Hurricanes tonight at the Pacific Coliseum. Children under the age of 12 who come to the game in costume will get in for free with a paid adult! Plus, your game ticket gets you free admission to Fright Nights at the PNE following the game. To purchase tickets, click here or call 604-4-GIANTS (604-444-2687). 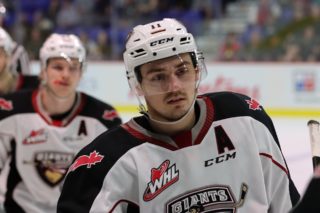 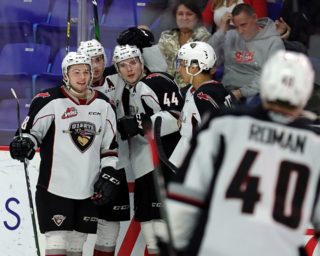 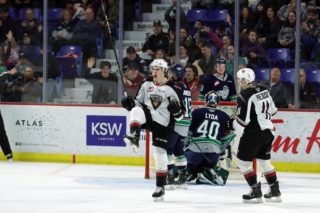