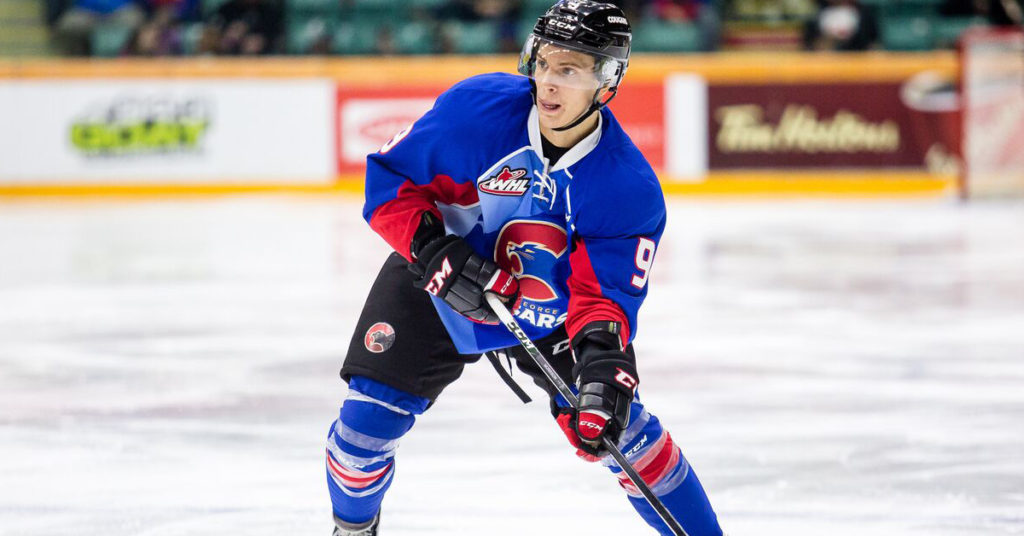 The Vancouver Giants announced on Friday that the hockey club has acquired 1997-born forward Brad Morrison from the Prince George Cougars in exchange for a conditional second round pick in the 2018 WHL Bantam Draft.

“Brad is a highly skilled forward who will provide an added dimension to our offence and power play,” said Glen Hanlon, General Manager. “He’s another BC born player with family connections in the Lower Mainland, and we’re very pleased to add his veteran presence to our group.”

Morrison, a Prince George native, has scored 85 goals and 103 assists over 260 career WHL games with the Cougars. In 2016/17, he had 21 goals and 31 assists for his third consecutive 20-goal and 50-point season. Morrison also has 11 points in 11 career playoff games. The 6’0”, 170 lb centreman was drafted by the Cougars at seventh overall in the 2012 WHL Bantam Draft. He was also selected by the New York Rangers in the fourth round of the 2015 NHL Draft.