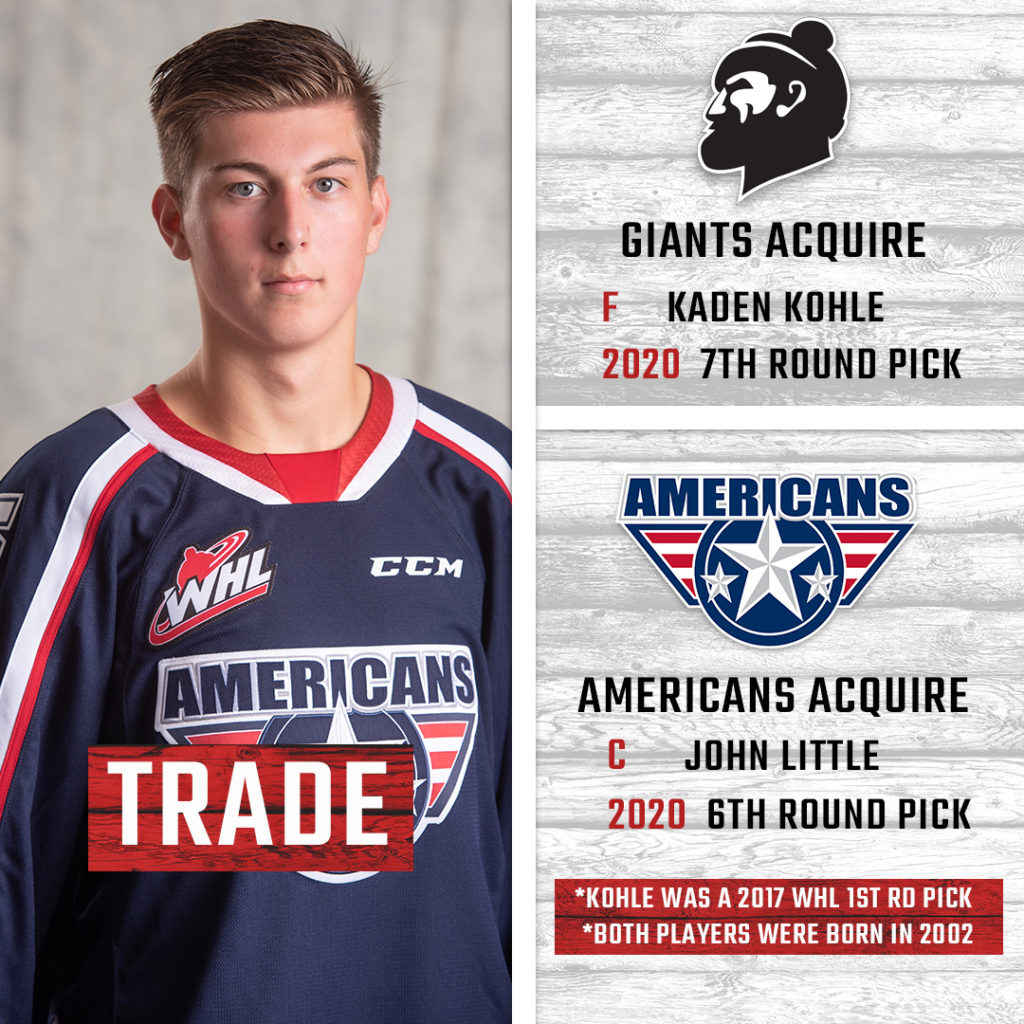 John Little was originally drafted by the Giants in Round 3 (60th overall) in the 2017 WHL Bantam Draft. In 31 games this season with Vancouver this season, Little registered one goal.

The Vancouver Giants are back in action on Friday, January 10th in Spokane. The G-Men then return to home ice the next night on Saturday, January 11th to once again battle the Spokane Chiefs.