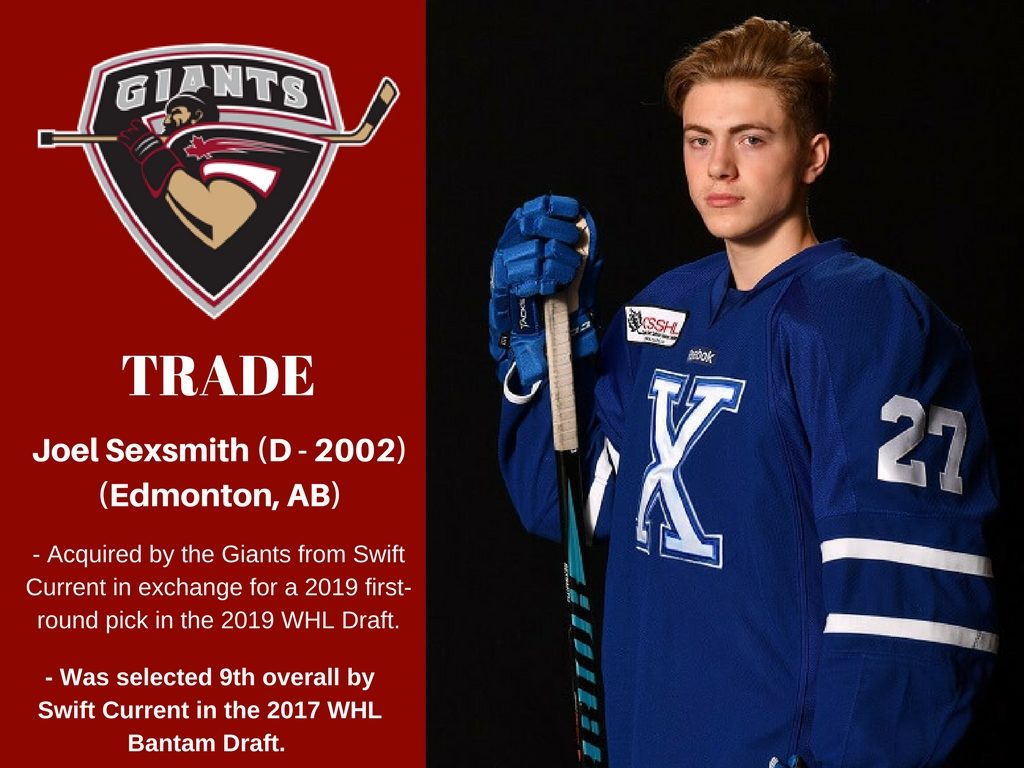 Listed at 6’1” and 165 pounds, Sexsmith was selected ninth overall by the Swift Current Broncos in the 2017 WHL Bantam Draft. During his final Bantam season he recorded 16 points (4G, 12A) in 30 games with the Rink Hockey Academy (CSSBHL). In eight games this season with the Northern Xtreme Midget Prep team he’s scored once while adding three assists in eight games played. He suited up for Team Alberta in the 2017 WHL Cup and scored a goal and two assists in five games, helping Alberta to a Silver Medal. He was a +6 during the tournament.

“Joel Sexsmith is a top-end, highly skilled two-way defenceman that we followed very closely during his draft year,” said Giants General Manager, Glen Hanlon. “We are very proud of our 2017 draft and to add another player like Joel to our organization from that 2002-born group sets us up very nicely for the future.”

Hanlon adds, “We made this move to better our future but it didn’t come at the expense of any players on our current roster. We’ve played great hockey as of late and it’s our goal to make sure that we’re still in the mix for a top spot in the B.C. Division for the reaminder of this season.”

The Giants will look to secure their fifth straight victory Tuesday when they return to action in Prince George. The Giants and the Cougars will battle twice this week on Tuesday and Wednesday at CN Centre. Both games start at 7:00 PM.