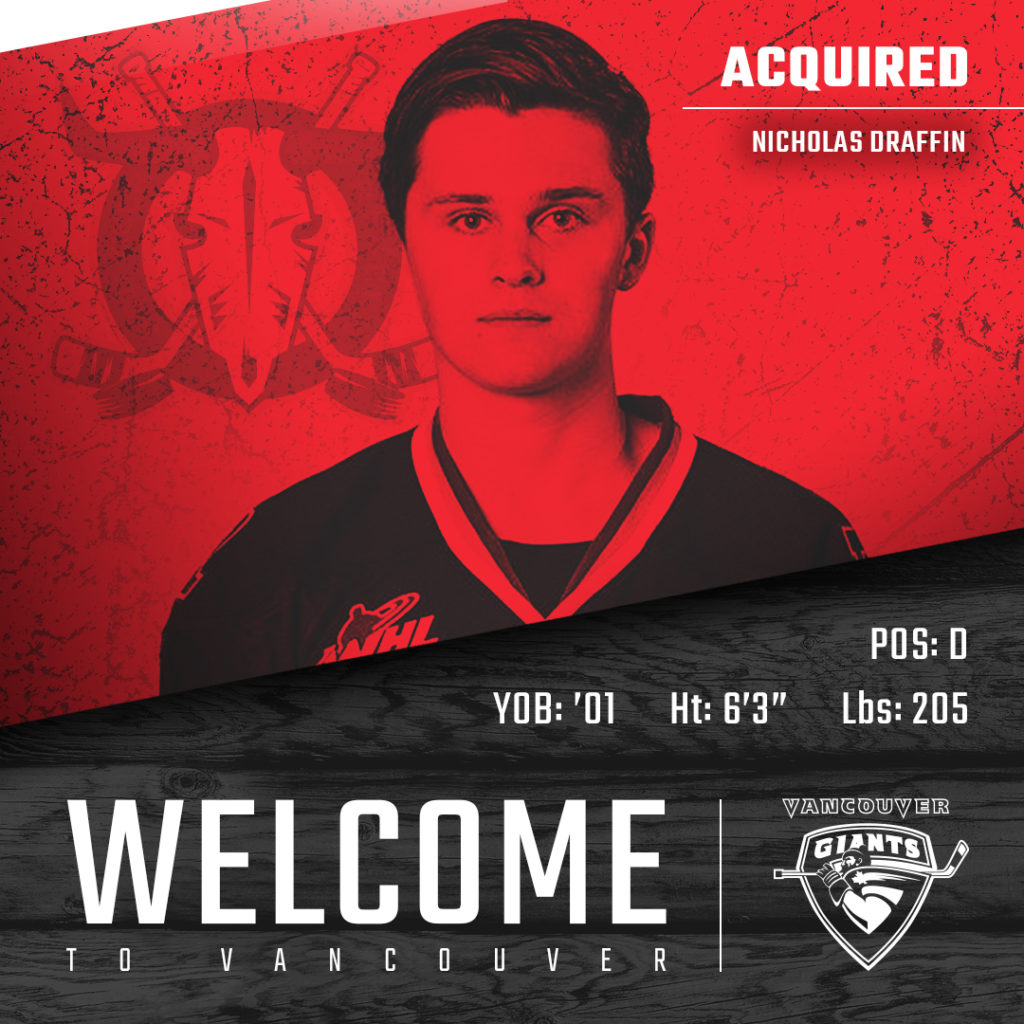 Originally selected by the Rebels in the third round (46th overall) in the 2016 WHL Bantam Draft, the 6’3”, 205-pound right-shot defenceman has suited up in 35 games this season with the Calgary Mustangs (AJHL) where he has registered one goal and four assists along with 44 penalty minutes. Draffin was a teammate of Bowen Byram’s in both Bantam and Midget in Lethbridge and was coached by Michael Dyck in both Bantam and Midget as well.

Draffin will join the Giants in time for the weekend where they’ll host Kamloops (7 PM) on Saturday and Victoria on Sunday (4 PM) at the Langley Events Centre.