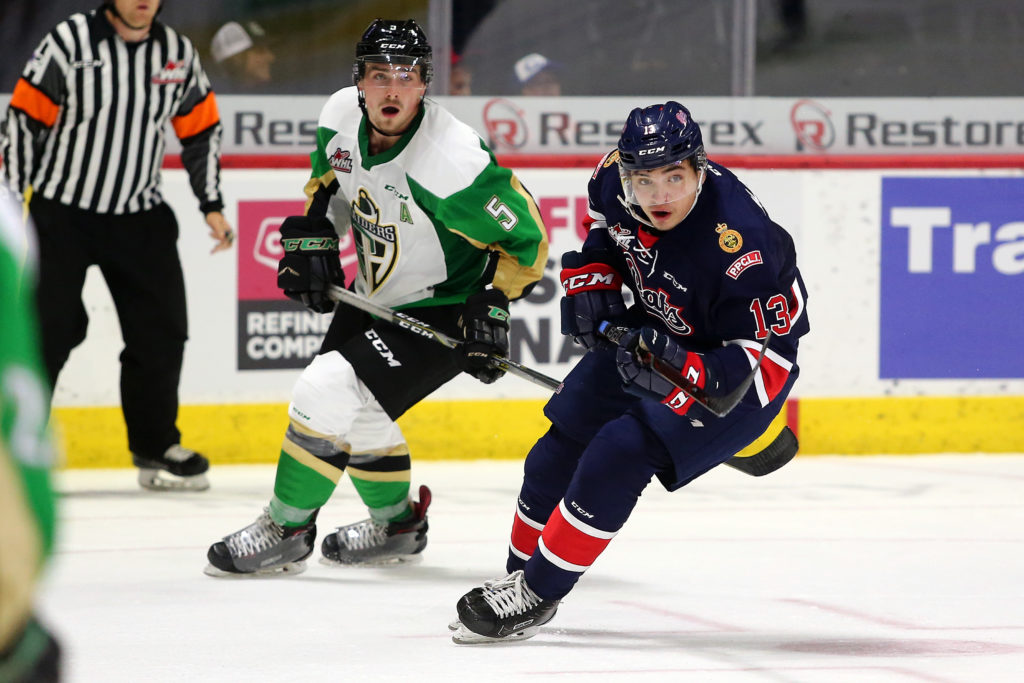 Alkhimov checks in at 5’11” and 213 pounds and is coming off a season where he scored 13 goals and 14 assists for 27 points in 66 games with the Pats. He finished third in team scoring. His first season in the WHL included three power play goals, a shorthanded goal and two game-winners.

Internationally he represented Russia at the 2018 Hlinka Gretzky Cup and helped lead them to a Bronze Medal. In 2017 he suited up for Russia at the World Under-17 Hockey Challenge. In 2017-18 he played a year of Midget hockey with the Colorado Evolution U16 program. He was selected by the Regina Pats with the 47th overall pick in the 2018 CHL Import Draft.

“We’re excited to welcome Sergei Alkhimov to the Vancouver Giants organization. He’s shown the ability to score and compete at the WHL level and he’ll be a welcomed addition to our team,” said GM Barclay Parneta.

Dawson Holt was originally selected by the Giants eighth overall in the 2014 WHL Bantam Draft. Over the course of five seasons, Holt dressed in 200 career regular season games with the Giants posting 25 goals and 51 assists for 76 points. In 29 career playoff games Holt added nine goals and 15 assists for 24 points.

Barclay Parenta adds, “We would like to thank Dawson Holt for his contributions to the Vancouver Giants. Dawson is a model teammate and played a big role in our success last season. We wish him the very best as he completes his WHL career in his home province of Saskatchewan.”