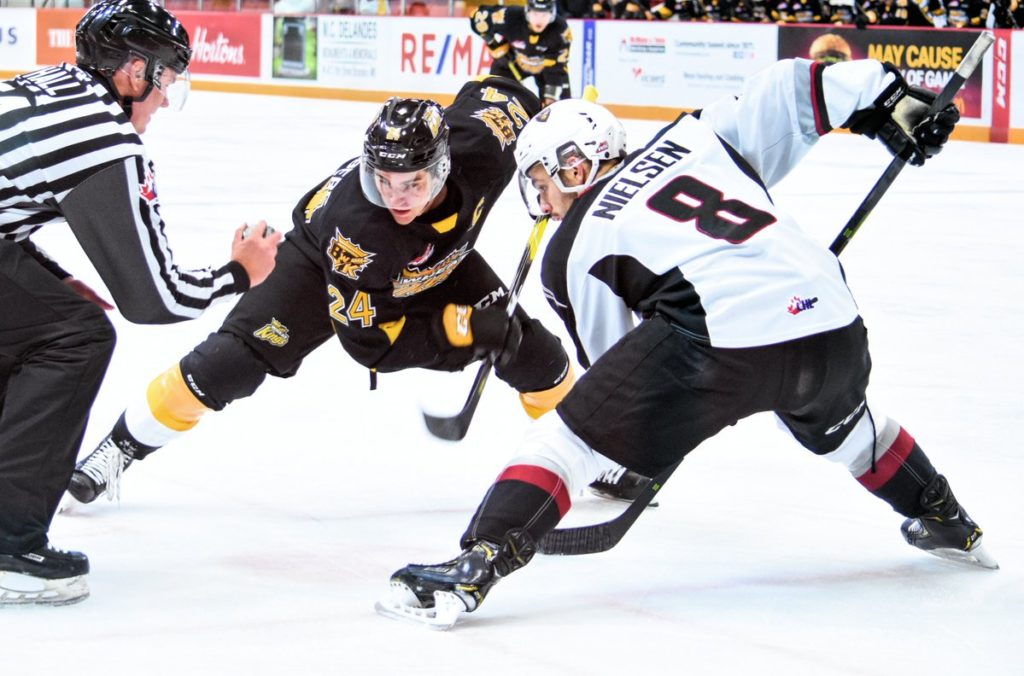 BDN – With exactly one minute to go in first, Ben McCartney (3) converted on a breakaway to move Brandon ahead 1-0. Luka Burzan had the lone assist.

BDN – Luka Burzan extended Brandon’s lead to 2-0 at 8:22 on a five-on-three power play. Burzan one-timed home a feed from Ridley Greig from the right-wing circle.

BDN – Braden Schneider grabbed the game’s final goal at 10:56 on a power play off a Ridley Greig rebound.

Vancouver: 0/7 on the Power Play

Brandon: 2/9 on the Power Play