G-MEN WRAP UP PRESEASON WITH 3-2 WIN 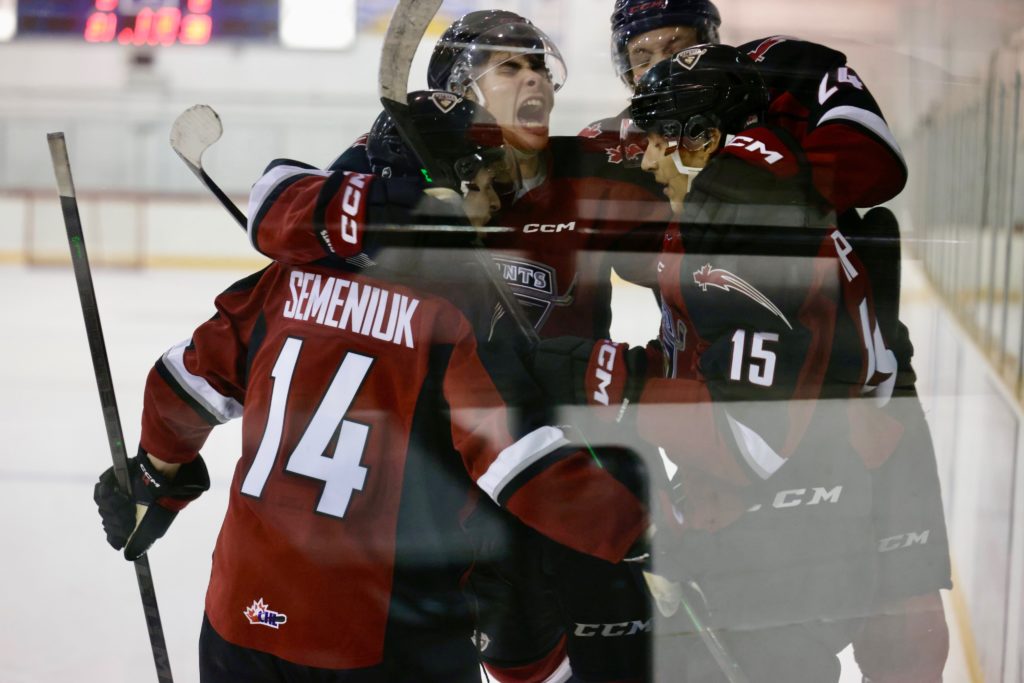 Maple Ridge, B.C. – The Giants concluded their preseason with a win in front of a rabid crowd of 800+ in Maple Ridge Saturday night. Local star Colton Roberts opened the scoring and Jaden Lipinski added a pair in the 3-2 win.

VAN: Colton Roberts scored the first goal of the game on the powerplay at 12:30 of the second period.

VAN: Jaden Lipinski netted a powerplay goal of his own off a slick pass from Damian Palmieri 9:44 later.

KEL: Gabriel Szturc got the Rockets on the board 0:11 into the third with his third goal in two nights, a powerplay goal.

KEL: Rilan Kovacevic added another powerplay goal with 6:16 remaining in the game.

VAN: Jaden Lipinski buried the game winning goal with his second of the night on a two-on-one with 1:12 on the clock.

Next Game: The Giants will open their season with a pair of games next weekend, including a matchup with the reigning Western Conference Champion Seattle Thunderbirds at the LEC Friday night.