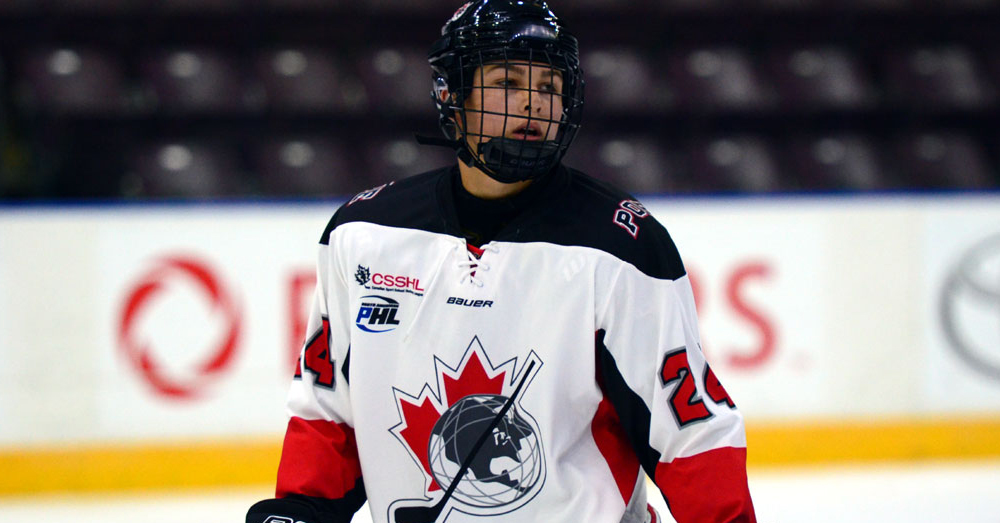 The Vancouver Giants are proud to announce that the hockey club has signed 2002-born defenceman Tanner Brown to a Western Hockey League Standard Player Agreement. The Giants selected Brown with the 24th overall pick in the second round of 2017 WHL Bantam Draft.

“We really appreciate the commitment that the Brown family has made to join our team,” said Glen Hanlon, General Manager. “Tanner can play the game any way you want. He has bite to his game, he plays heavy, and he has good offensive instincts from the back end.”

“I’m extremely excited,” said Brown. “It’s awesome to sign with the Giants. They’re a great organization that I look forward to helping in the future, and I know they can help me in my development too.”

Per WHL rules, Brown will only be eligible to suit up in five games for the Giants in 2017/18 before his Midget season comes to an end.