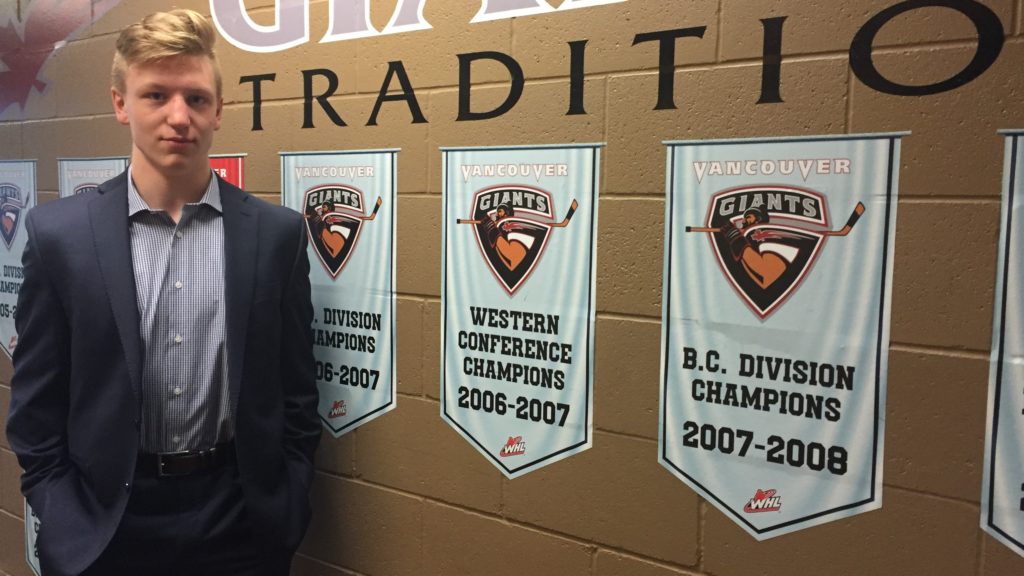 The Vancouver Giants are proud to announce that the hockey club has signed 2000-born defenceman Austin King-Cunningham to a Western Hockey League Standard Player Agreement.

“I’m pretty excited,” said King-Cunningham. “I was a listed kid and never drafted, so it’s pretty special signing a contract in this league, and I’m looking forward to the future.”

King-Cunningham, who hails from Pilot Butte, Saskatchewan, has three goals and eight assists in 33 games with the Battlefords Stars this season. The 6’1”, 183 lb blue liner leads the Saskatchewan Midget AAA Hockey League in penalty minutes with 161.

“We’re excited to add Austin to our group,” said General Manager Glen Hanlon. “He’s a big, physical defenceman who we hope can bring some added edge and grit to our back end.”

King-Cunningham is expected to make his WHL debut when the Giants visit the Victoria Royals on Saturday night.