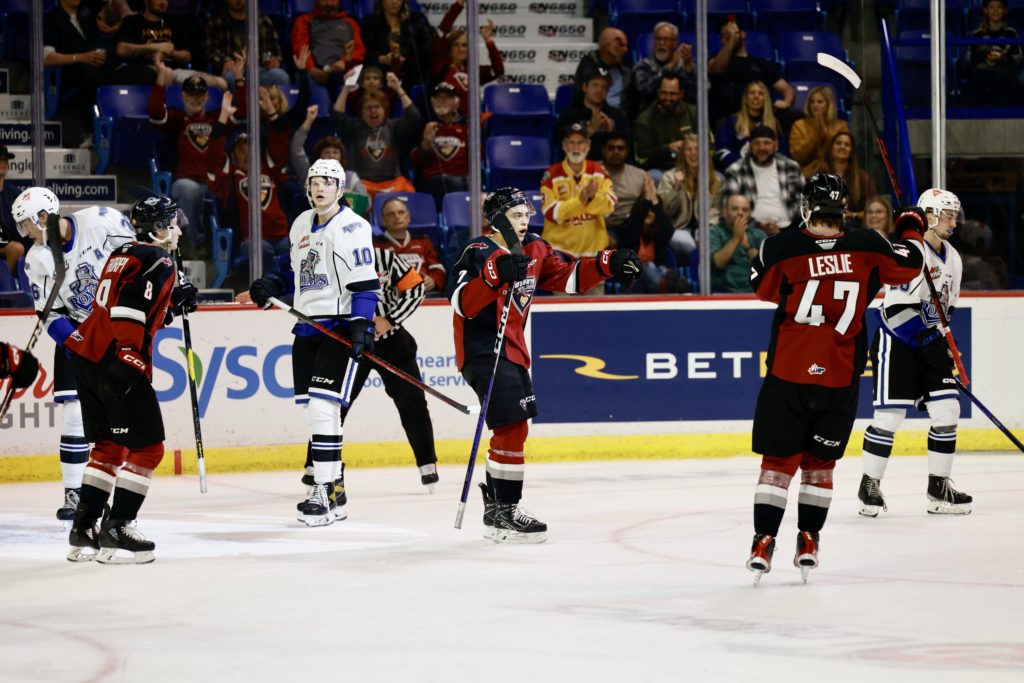 VAN: Ty Halaburda opened the scoring eleven minutes in, shovelling in a rebound for a power play goal.

VIC: Anthony Wilson answered back two minutes later with a top-corner snipe off a 2-on-1.

VAN: Samuel Honzek scored his first goal in the WHL at 14:40 of the second period, it would stand to be the game winner.

VAN: Kyren Gronick netted his first as a Giant on a rebound in the slot at 14:15 of the third.

VAN: Ty Halaburda capped off the night with his second of the game, a deflection on a point shot from Mazden Leslie.

Next Game: The Giants head south to Kent, WA to take on the Seattle Thunderbirds tomorrow night.