G-MEN BACK IN THE WIN COLUMN, 4-3 OVER KELOWNA 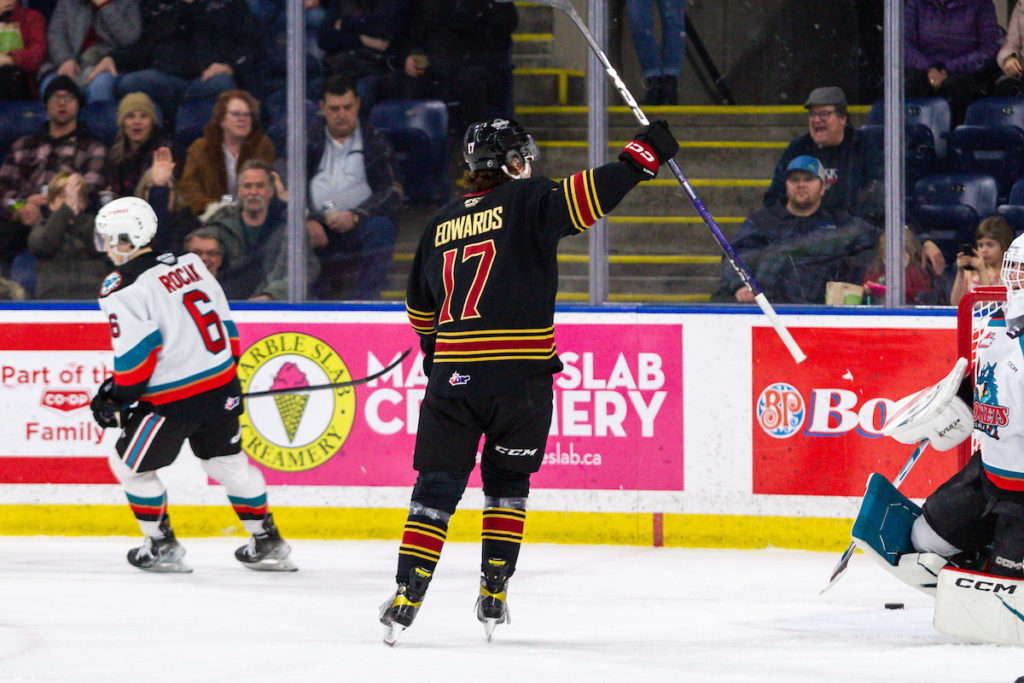 Kelowna, BC – The Giants had an answer for last night’s game and redeemed themselves with a win in Kelowna Saturday night.

KEL: Kelowna opened the scoring with a Turner Mcmillen shorthanded goal on a breakaway 13:22 into the first.

VAN: Just 1:04 later, Matthew Edwards sniped one top corner to tie the game at one.

VAN: Ty Halaburda snapped home a rebound on the powerplay 14:22 into the second to put Vancouver ahead 2-1.

VAN: Connor Dale batted home his first as a Giant 6:17 into the third to increase the lead to 3-1.

KEL: Adam Kydd put his first of the game home just under a minute later.

VAN: Ethan Semeniuk deflected in the winning goal on the powerplay at 9:28 of the third.

KEL: Kydd added his second of the night on a rebound with 6:40 left.

Giants Back in the Win Column Sunday
21 hours ago