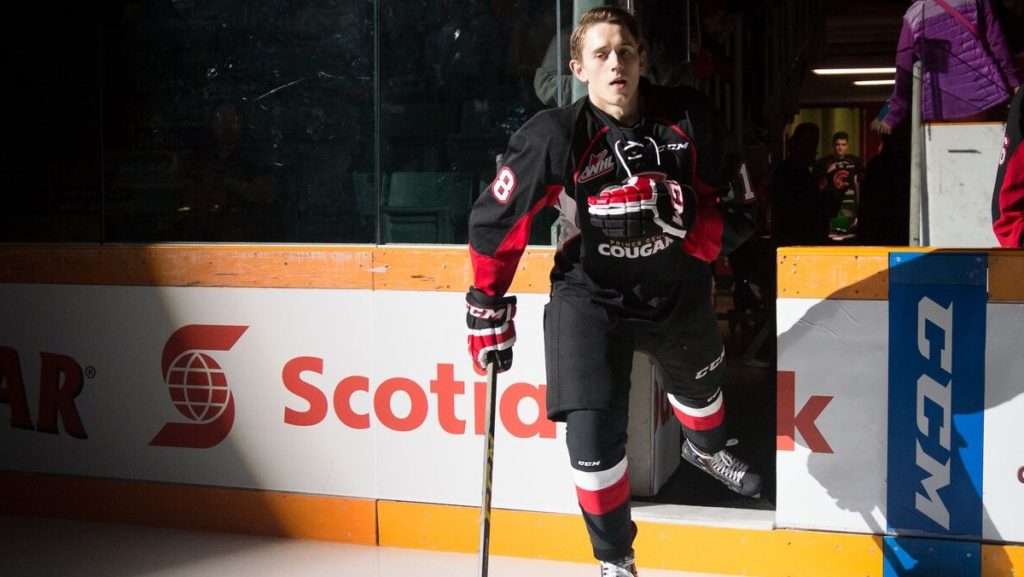 The Vancouver Giants announced on Tuesday, prior to the Western Hockey League trade deadline, that the hockey club has traded 1997-born import forward Radovan Bondra to the Prince George Cougars in exchange for 2000-born forward Tyler Ho, 1998-born import forward Bartek Bison (pictured) and a third round pick in the 2018 WHL Bantam Draft.

“We thank Radovan for two great years of service,” said General Manager Glen Hanlon. “It’s been fun to watch him grow, and we wish him all the best in Prince George. We gave up a valuable player, so we’ve received a very good local prospect in Tyler Ho in return. He’s one of the top scorers in the BC Major Midget League, and we’re looking forward to giving him the opportunity to play in front of friends and family. The deal will also give Bartek Bison an opportunity to come in and showcase his skillset, help develop our team and compete to be part of our future.”

Ho, who is from North Vancouver, was drafted by the Cougars in the third round of the 2015 WHL Bantam Draft and signed a WHL Standard Player Agreement with Prince George on June 1, 2015. The 16-year-old forward is currently in the top 10 in scoring in the BC Major Midget League, tallying 14 goals and 21 assists in 26 games with the Valley West Hawks this season. Ho has also played in three games with the BCHL’s Coquitlam Express this year.

Bison went 15th overall to the Cougars in the 2015 CHL Import Draft. Hailing from Amsterdam, Bison has netted five goals and one assist in 22 games this season. The 18-year-old has 21 points in 78 career regular season games. He also played in four games for PG in the 2016 playoffs.

Bondra, a native of Trebisov, Slovakia, was drafted by the Giants at eighth overall in the 2015 CHL Import Draft. The 19-year-old winger scored 34 goals and 27 assists in 90 games over parts of two seasons with the G-Men. Bondra was a fifth round pick of the Chicago Blackhawks in 2015.