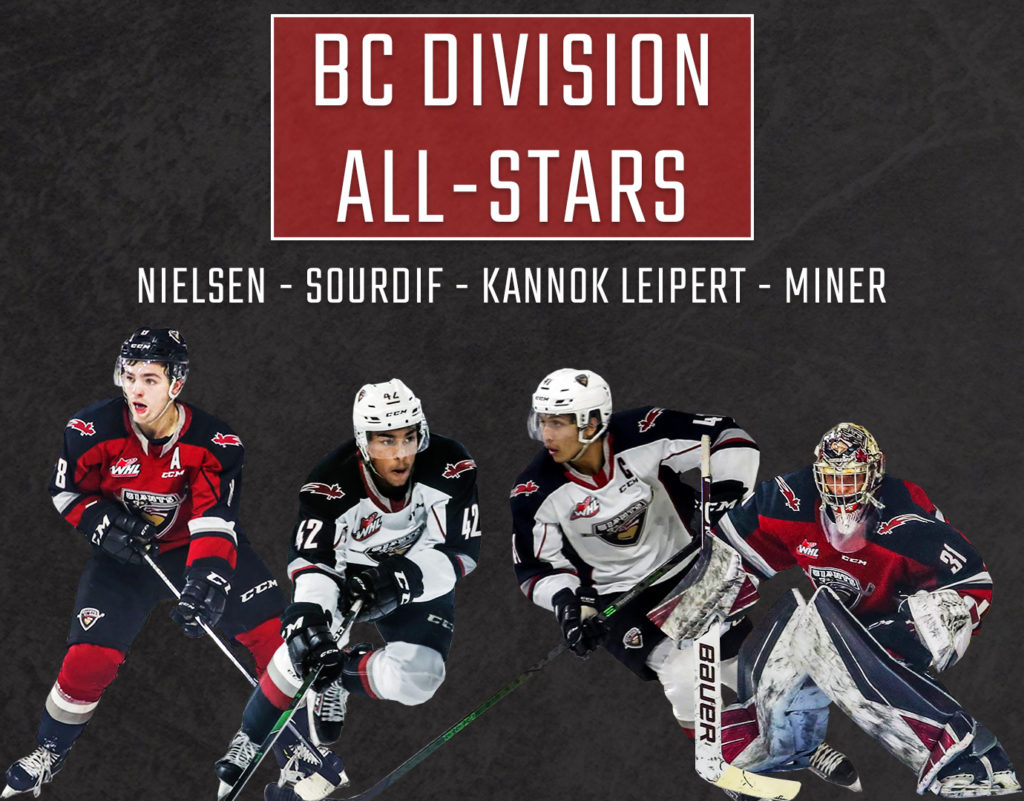 2001-born goaltender Trent Miner posted a 7-8 record in 15 appearances during the 2020-21 season. His four shutouts led the B.C. Division and were tied for the most in the entire WHL. His 2.16 goals-against average and .915 save percentage were both second among all B.C. Division goaltenders. Last week Trent Miner signed a three-year entry-level contract with the NHL’s Colorado Avalanche.

Alex Kannok Leipert led all B.C. Division defenceman with seven goals and 18 points. The 2000-born blueliner finished tied for third in goal scoring among all WHL defencemen, and finished second among all WHL defencemen with five power play goals. Kannok Leipert served as captain of the Vancouver Giants in each of the past two seasons, and played all 219 of his regular season WHL games in a Giants uniform.

Tristen Nielsen finished atop the B.C. Division in goals (15) and tied for fifth WHL scoring with 32 points. The 2000-born forward registered five power play goals and an additional five power play assists, along with two shorthanded goals and two game-winning goals. He has led the Giants in goal scoring in each of the past two seasons. Nielsen leaves the WHL with 175 points in 241 career regular season games.

Justin Sourdif led all B.C. Division skaters with 34 points. The 2002-born forward finished tied for third in league scoring and his 23 assists were tops among all Western Conference skaters. Sourdif, a third-round pick of the Florida Panthers in 2020 has now managed 134 points in 147 career regular season games, all with the Vancouver Giants. He earned 2021 MVP honours for the Vancouver Giants.