In draft year, decision to come to CHL was easy for Honzek 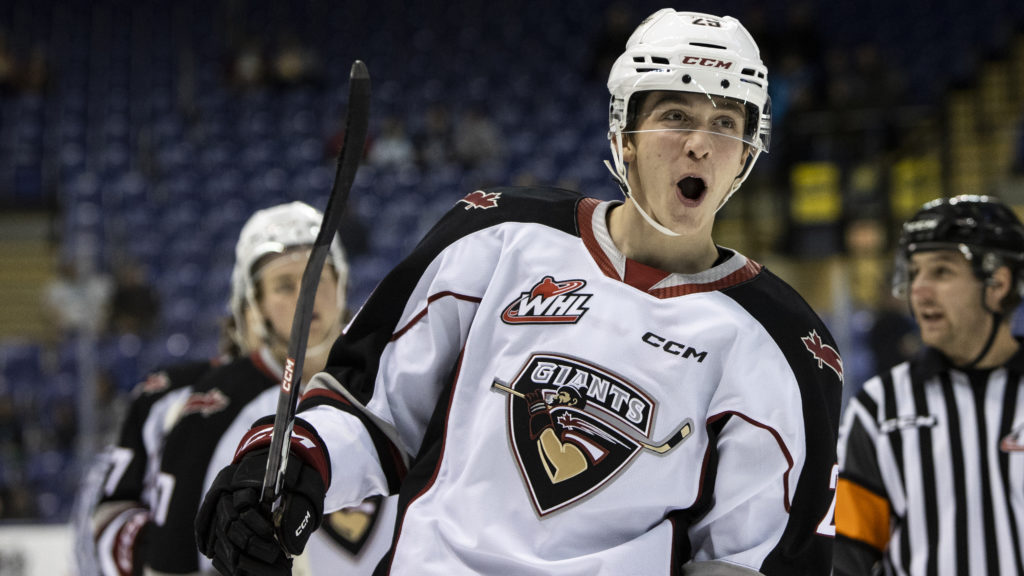 Samuel Honzek called leaving his native Slovakia to come to the CHL a “really big” decision.

But he has no doubt he made the right one.

“It was a big step,” the Vancouver Giants winger said. “I’m so far from home. But it is going well and I am glad to be here.”

On the ice, the results have been telling. Honzek leads all CHL rookies in scoring with 13 goals and 29 points in just 20 games. He is on pace for 98 points, a number that would shatter the Giants’ rookie scoring record of 60 points that Gilbert Brule set in 2003-04.

He played 49 games in the Slovak Extraliga last year with his hometown Trencin Dukla before the Giants selected him 10th overall in the 2022 CHL Import Draft.

At that point, making the trip across the Atlantic became an easy one, especially in his draft year.

“I wanted to be on the ice, show my skill here,” Honzek said. “I get to play against the best players that can be drafted and compare myself to them.”

His impact has been immediately noticed; Honzek is one of 16 CHL players that received an ‘A’ rating by NHL Central Scouting on their ‘Players to Watch’ list and is considered a candidate to be selected in the first-round of the 2023 NHL Draft in June.

“I didn’t expect my ‘A’ ranking,” he said. “It was really good when I saw that. It gave me the point of view that I can be drafted high if I keep working and doing my best and putting my best work into all of our games.”

The Giants are 7-9-4 early on and sit sixth in the WHL’s Western Conference. Honzek plays on the team’s top line alongside Ottawa Senators prospect Zack Ostapchuk as well as Ty Thorpe and of Vancouver’s 60 goals this year, the trio have combined to score 29 of them, or 48.3 per cent.

“Those guys are very skilled,” Honsek said. “I am so glad to play with them.”

The 18-year-old has yet to venture to downtown Vancouver with the Giants based in Langley, but he has loved life in British Columbia thus far. With a nine-hour time difference, he typically calls his parents post-game while it’s early in Trencin. And while Vancouver is a little more rainy than Slovakia, he’s coping well.

“Canada and Slovakia are two different countries so I had anticipated this,” he said with a laugh. “The people I’ve met are really great. I am so happy here.”

Honzek and the Giants are in action Wednesday night in the CHLTV Game of the Week when they visit Spokane at 10:05pm ET / 7:05pm PT.

Available to fans from coast to coast, CHL TV is accessible on the CHL mobile app, in addition to Apple TV, Roku, and Amazon Fire, and online at watch.chl.ca. Each year, CHL TV offers access to more than 2,000 regular-season games covering the CHL’s three Member Leagues and 60 markets across Canada and the United States. Fans can download the free CHL app via the App Store and Google Play.

The 2023 Kubota CHL/NHL Top Prospects Game will be held Jan. 25 in Vancouver. Tickets are available by clicking here.