Dawson Holt Named WHL On the Run Player of the Week 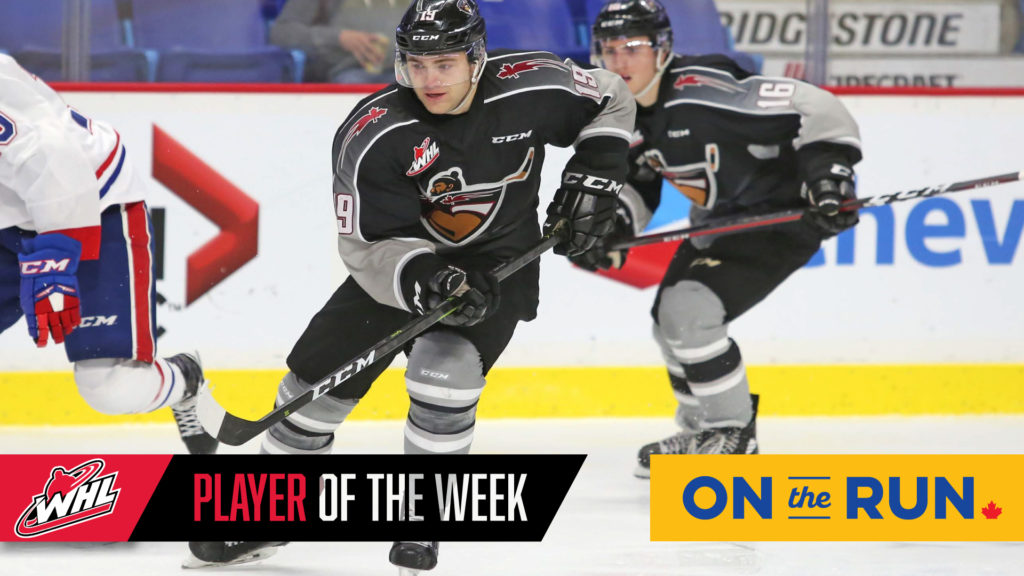 The Vancouver Giants in conjunction with the Western Hockey League are pleased to announce that 1999-born forward Dawson Holt (Saskatoon, SK) has been named WHL On the Run Player of the Week for the week ending Sunday, April 21st.

In two Giants victories last weekend over the Spokane Chiefs, Dawson Holt registered two goals and two assists for four points along with a +3 rating. In Game 1 on Friday night, Holt scored the game-winning goal and added an assist on Owen Hardy’s insurance goal in a 4-1 victory for the Giants. One night later Dawson Holt’s goal in the third period helped kick-start the Giants comeback from a 2-0 deficit in what ultimately ended up as a 4-2 victory. The eighth overall selection from the 2014 WHL Bantam Draft has proven to be quite the playoff performer having compiled six goals and 13 assists for 19 points In 19 career playoff games. Through 12 games in 2019, Holt has four goals and seven assists for 11 points and is a +9. Holt has appeared in 200 career regular season games and has notched 51 goals and 76 assists for 133 points.

Holt is the second Giant to capture Player of the Week honours during the 2019 WHL Playoffs. Bowen Byram also captured the honour for the week ending March 31st.

The Vancouver Giants return to action on Tuesday night in Spokane where they’ll look to go up 3-0 in their best-of-seven Western Conference Final series against the Spokane Chiefs. Puck drop goes at 7:05 PM.