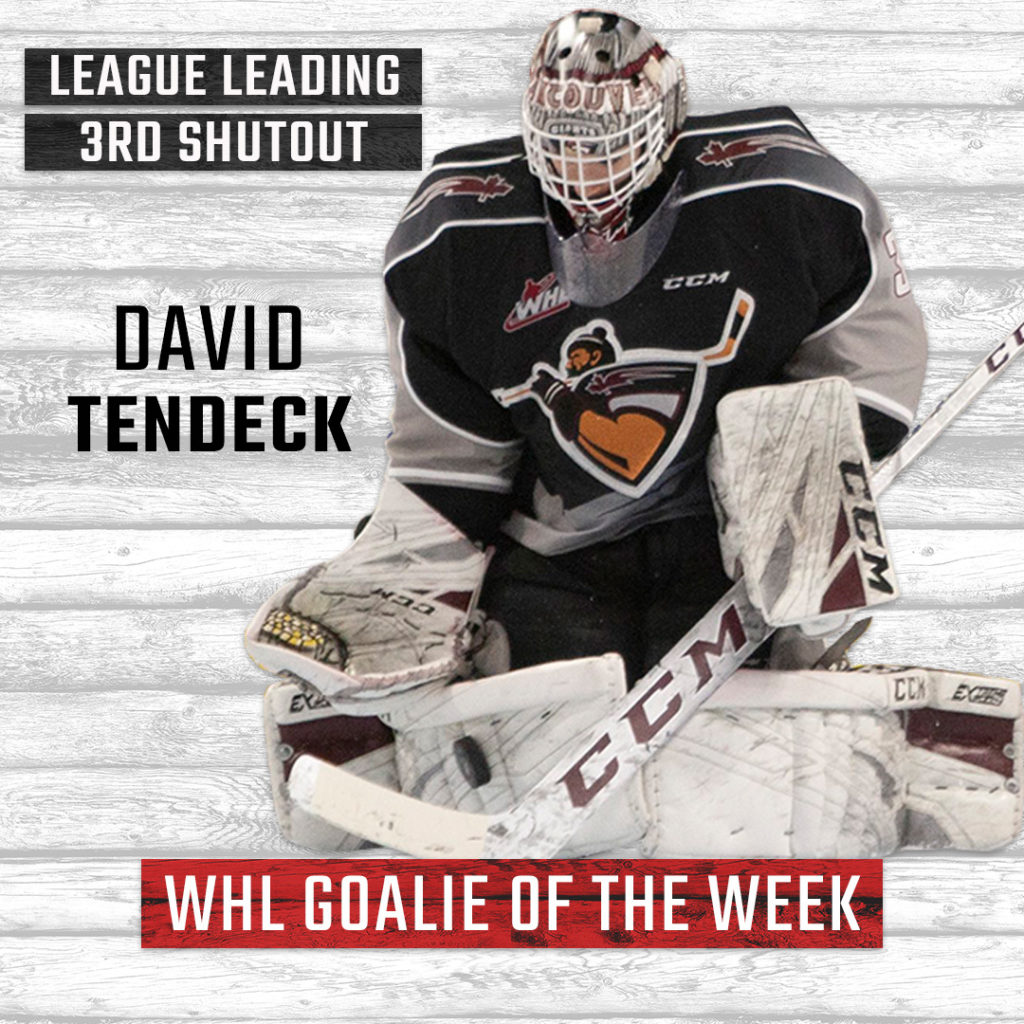 For a second straight week a Vancouver Giants goaltender has received some league hardware. The Vancouver Giants in conjunction with the WHL announced today that 1999-born goaltender David Tendeck (North Vancouver, B.C.) has been named the WHL’s Eli Wilson Goaltending Goaltender of the Week.

In his lone appearance of the week, David Tendeck turned aside all 38 shots he faced on Saturday, November 16th as the Giants defeated the Prince George Cougars 4-0. Tendeck improved his season record to 6-4 with a 2.04 goals-against average and a .926 save percentage. It was Tendeck’s third shutout in a span of 11 appearances. He currently ranks in the top five in both goals-against average and save percentage. He and Everett’s Dustin Wolf share the league lead for shutouts.

For his career, David Tendeck has posted a career record of 60-45-5-3 with 10 shutouts. He’s added 13 additional victories for the Giants in 22 playoff games, spanning the previous three seasons. In June, 2018 he was selected by the Arizona Coyotes in the sixth-round of the 2018 NHL Draft. In 2018 he represented Team WHL in the CIBC Canada Russia Series, and was also named a Western Conference all-star during the 2017-18 season

Tendeck and the Giants return to action on Wednesday night on the road against the Portland Winterhawks. The Giants are back at home on Saturday, November 23rd against the Edmonton Oil Kings.

GET TICKETS FOR SATURDAY’S GAME HERE