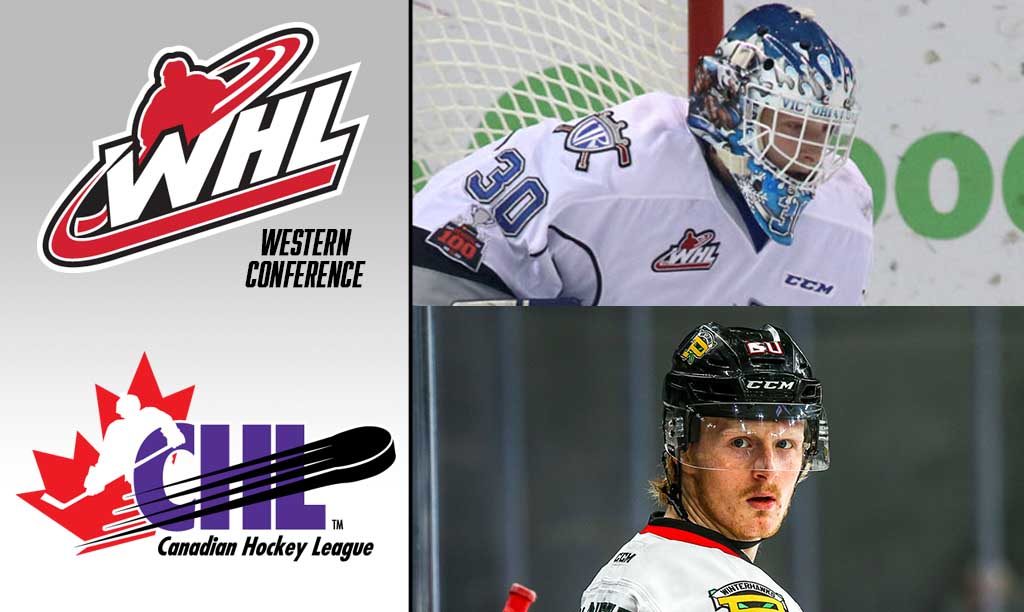 With the 2018-19 campaign in the books, the Canadian Hockey League is highlighting those players who have graduated to the pro ranks or who will pursue academics next season. The six-day series begins in the WHL’s Western Conference.

The Everett Silvertips will see the departure of four players, including captain and top scorer Connor Dewar, who tallied 36 goals and 45 assists for 81 points in 59 appearances as he earned a spot on the WHL Western Conference First All-Star Team. A third-round draft pick by the Minnesota Wild in 2018, the 20-year-old centre spent all four seasons of his junior career with the Silvertips.

Also moving on from the Silvertips is fellow forward Zack Andrusiak as well as defencemen Sahvan Khaira and Artyom Minulin.

The winner of the Four Broncos Memorial Trophy as WHL Player of the Year is @SanJoseSharks prospect @joachimblich of @pdxwinterhawks! #WHLAwards pic.twitter.com/dVXk0f4SvA

After spending the past three seasons with the Portland Winterhawks, 20-year-old left-wing Joachim Blichfeld is ready to begin his pro career with the San Jose Sharks’ organization. The Danish forward thoroughly impressed last season, leading his squad with 114 points in 68 games as he was later presented with the Bob Clarke Trophy as the WHL’s top scorer, in addition to the Four Broncos Trophy in recognition as the WHL Player of the Year.

Also graduating from the Winterhawks are defencemen Brendan De Jong and Jared Freadrich, as well as right-wing Conor McEachern (UPEI), and fellow forward Cody Glass, who is expected to turn pro with the Vegas Golden Knights.

A trio of forwards wrapped up their junior careers with the Seattle Thunderbirds, beginning with 20-year-old centre Noah Philp (University of Alberta), who finished second in team scoring last season with 75 points in 56 games before landing an amateur tryout with the AHL’s Stockton Heat.

Other overagers from the Thunderbirds include left wingers Nolan Volcan and Sean Richards.

Meanwhile, Los Angeles Kings prospect and centre Jaret Anderson-Dolan headlines five players departing from the Spokane Chiefs. A second-round pick by the Kings in 2017, Anderson-Dolan is expected to graduate next season – he turns 20 years old on September 12, making him eligible for the AHL’s Ontario Reign should he need more seasoning before joining the Kings full time. Anderson-Dolan appeared in five games with Los Angeles in 2018-19 before registering 43 points in 32 contests with the Chiefs. The Calgary native spent all 244 games of his junior career with Spokane, serving as captain in 2018-19.

Rounding out the U.S. Division is the Tri-City Americans with five graduates, beginning with last season’s leading scorer, 20-year-old left-wing Parker AuCoin, who topped the squad with 84 points in 68 games and was later named to the WHL Western Conference Second All-Star Team. After spending all 262 games of his WHL career with the Americans, AuCoin had a two-game stint with the ECHL’s Orlando Solar Bears before accepting a spot with Carleton University’s U SPORTS team.

Defenceman Aaron Hyman (Kalamazoo Wings) and forward Nolan Yaremko (Mount Royal University) round out this year’s overagers from the Americans.

The Kamloops Blazers will see the departure of three players, including starting goaltender Dylan Ferguson, who got a taste of the pro ranks a year ago when a rash of injuries led to his call up by the Vegas Golden Knights. Ferguson, 20, appeared in 49 games with the Blazers this season, coming away with a 17-24-1-1 record with a .908 save percentage.

Other overagers from the Blazers include captain Jermaine Loewen and fellow forward Jeff Faith.

Defenceman Schael Higson headlines four graduates from the Kelowna Rockets. Higson, 21, joined the Rockets in January, putting up 10 points in 29 games to bring his season total to 27 points in 49 appearances.

A trio of players have wrapped up their junior days with the Prince George Cougars, including 20-year-old right-wing Josh Curtis, who spent all four seasons of his WHL career with the Cougars, finishing it off with a 27-point effort in 2018-19, a season in which he served as captain. The Winnipeg native will continue his hockey career with Queen’s University as part of U SPORTS next season.

Other graduates from the Cougars include forward Mike MacLean (Concordia University) and defenceman Joel Lakusta.

After wrapping up his final season with his hometown Vancouver Giants in which he led the team with 78 points in 67 games, 21-year-old right-wing Davis Koch concludes his junior career with 91 goals and 164 assists for 255 points across 319 appearances. That performance helped Koch earn an invite to the Los Angeles Kings’ summer development camp.

Alongside Koch, also graduating from the Giants is right-wing Jared Dmytriw and defenceman Dallas Hines.

Rounding out the B.C. Division is the Victoria Royals, where a trio of graduates is headlined by longtime netminder Griffen Outhouse, a 21-year-old who spent his entire four-year junior career with the Royals, closing it out with a 27-16-1-1 showing alongside a .913 save percentage in 2018-19.

Other overagers from the Royals include centre Kody McDonald (Carleton University) and defenceman Ralph Jarratt.

Next up: QMJHL’s Western Conference