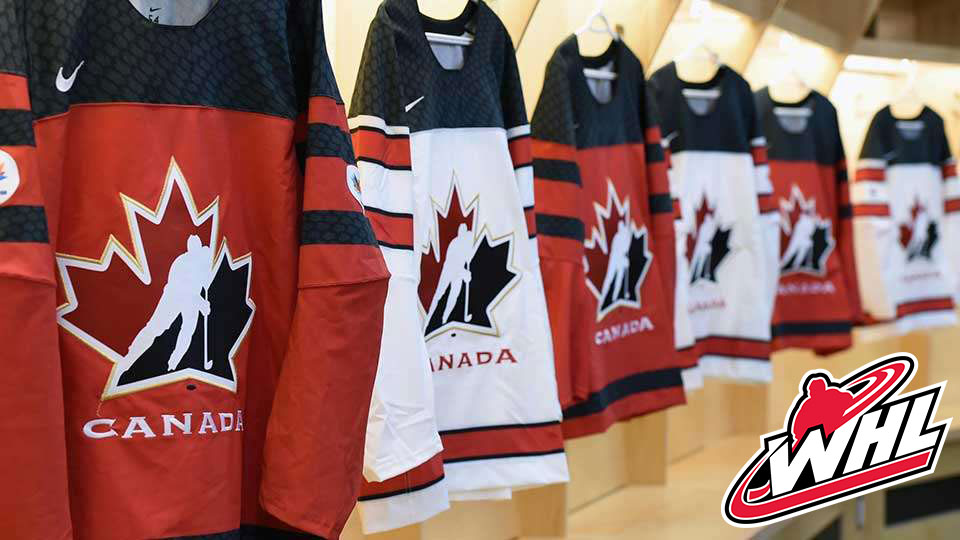 With the puck set to drop on the tournament in two weeks, 66 players, including 23 from the WHL, on three teams will face competition from the Czech Republic, Finland, Russia, Sweden and the United States in their quest for a gold medal.

WHL Players at the 2017 World Under-17 Hockey Challenge:

The defending silver medallists from the 2016 edition of the tournament will feature the most WHL players out of the three Canada teams with seven skaters and two goaltenders. 2016 WHL Bantam Draft second overall selection Kirby Dach of the Saskatoon Blades is one of three WHL forwards suiting up with Canada Black for this tournament. Matthew Robertson, the seventh-overall selection from the 2016 Bantam Draft, will be one of four blue liners on Team Canada Black while the crease will feature an all-WHL duo in Roman Basran and Nolan Maier.

Canada Red features seven WHL players, including Peyton Krebs of the Kootenay ICE, the first overall selection in the 2016 WHL Bantam Draft. Bowen Byram, the third overall selection by the Vancouver Giants from that same draft, recently scored his first career WHL goal and will now tend to Canada Red’s blue line throughout the tournament alongside 6-foot-6 Calgary Hitmen defenceman Jackson van de Leest. A pair of forwards on southern Alberta squads will add to the team’s forward core with Josh Williams of the Medicine Hat Tigers and Dylan Cozens of the Lethbridge Hurricanes.

Swift Current Broncos forward Logan Barlage, the fourth-overall selection from the 2016 WHL Bantam Draft, will be a key piece of team Canada White’s forward group. Braden Schneider was the fourth blue liner selected in the same draft, going 12th overall to the Brandon Wheat Kings, where he’s been a valuable part of his team’s back-end through the opening month of their season. Prince George Cougars goaltender Taylor Gauthier will man the crease as one of three WHL puck stoppers selected.

“This has been a lengthy process from the initial 111 players invited to our summer development camp to narrowing it down to the 66 on our three teams,” said Shawn Bullock, Hockey Canada’s senior manager of hockey operations and men’s national teams. “Our management group and scouting staff have assembled three competitive teams which will wear the Canadian jersey with pride at this prestigious, international competition.”

Single-game tickets are now available – $5 for pre-tournament games, $15 for preliminary-round games, $20 for quarter-finals, $25 for semifinals and the bronze-medal game and $30 for the gold-medal game. In addition to the single-game tickets, fans can take advantage of a variety of ticketing options, including the ‘Family 4-Pack’. For more information on tickets, pricing or how to purchase, CLICK HERE.

TSN and RDS, the official broadcasters of Hockey Canada, will air the semifinal from Dawson Creek and the bronze- and gold-medal games; please check local listings for details.