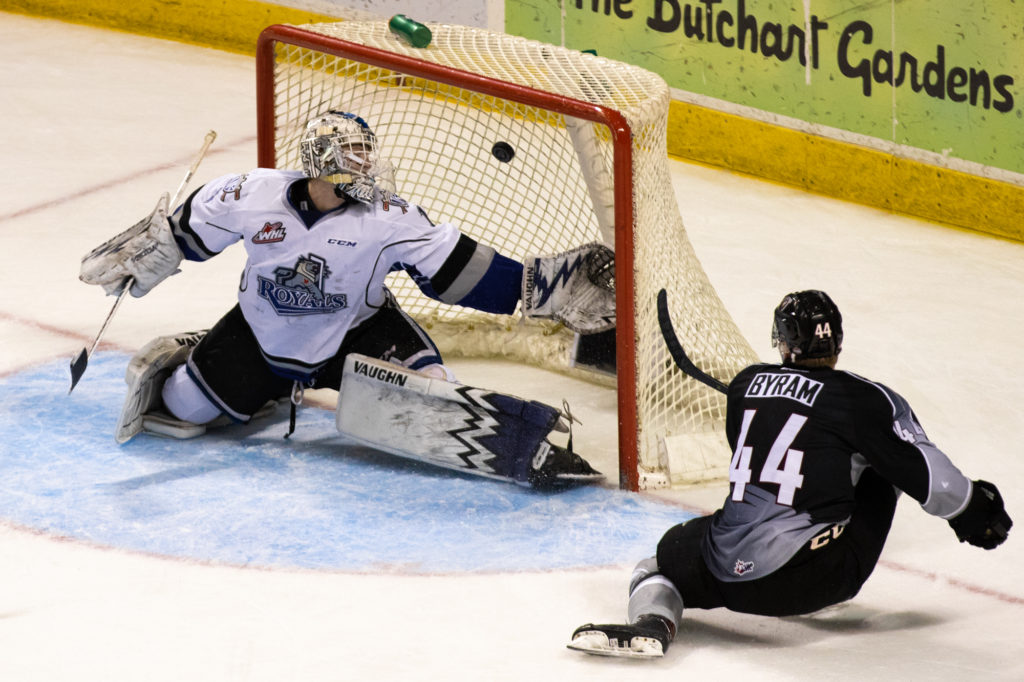 The Vancouver Giants are coming home from the Island with five of six possible points from the Victoria Royals. Sunday afternoon at the Save on Foods Memorial Centre the Vancouver Giants (41-14-2-2) defeated the Victoria Royals (31-25-2-2) in overtime 2-1. Bowen Byram scored his WHL-leading fourth overtime winning goal 59 seconds into overtime, moving the Giants back within two points of first place in the Western Conference standings. Davis Koch assisted on both Giants goals while Trent Miner stopped 25 of the 26 shots he faced. Phillip Schultz had Victoria’s lone goal in response while Brock Gould made 28 saves in the Victoria net.

VAN – 4:18 into the game the Vancouver Giants took a 1-0 lead when Justin Sourdif (19) tucked home a power play goal from in close on Brock Gould. Milos Roman and Davis Koch both earned assists.

VIC – With exactly four minutes remaining in the game, Victoria got on the board on their eighth power play chance of the game. Phillip Schultz snuck into the slot, took a feed from Kody McDonald and snapped it home for his 15th of the season.

VAN – 59 seconds into overtime Bowen Byram (22) converted off a three-on-one rush with Jared Dmytriw and Davis Koch. Byram raced down the ight-wing, and one-timed a Davis Koch feed past Brock Gould to secure his league-leading fourth overtime winning goal, cementing the Giants 2-1 victory.

Next Giants Game: Friday night at home against the Kelowna Rockets at 7:30 PM.