Byram, Miner and Blaisdell Invited to U-17 Camp 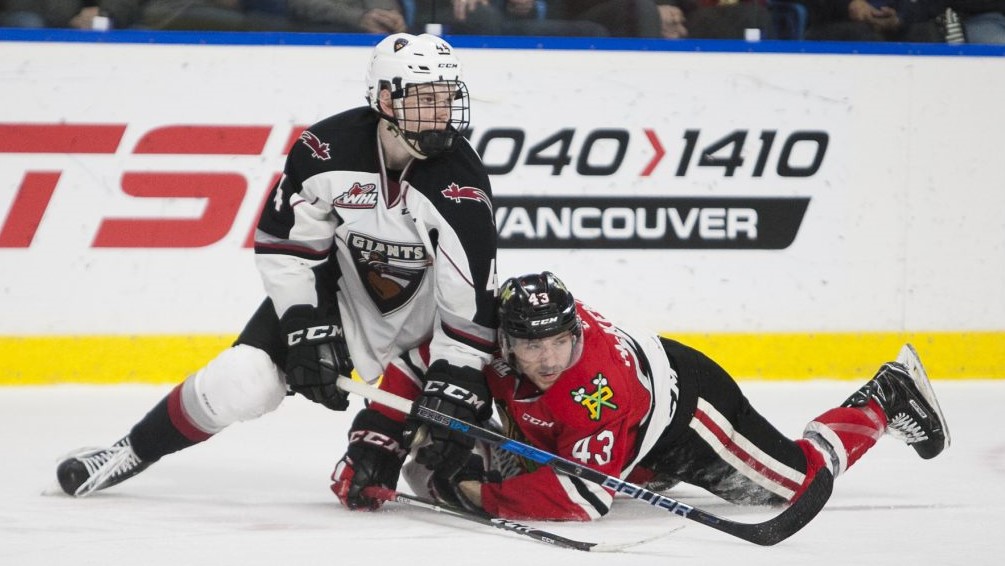 The Vancouver Giants would like to congratulate prospects Bowen Byram (pictured), Trent Miner and Harrison Blaisdell on being invited to Hockey Canada’s National Under-17 Development Camp.

The camp, which is set to take place in Calgary in late July, brings 111 players together to vie for spots on Canada’s teams for the World Under-17 Hockey Challenge in Dawson Creek and Fort St. John in November.

Byram scored five goals and 24 assists in 20 games with the Yale Hockey Academy’s Midget Prep team in 2016/17. He was also named the Top Defenceman in the Canadian Sport School Hockey League’s Midget Prep Division. Byram suited up in 11 WHL games for the Giants last season. Vancouver drafted the Cranbrook native with the third overall pick in the 2016 WHL Bantam Draft.

Miner, a Brandon, Manitoba product, was drafted by the Giants with the 20th overall pick in the 2016 WHL Bantam Draft. The 16-year-old netminder posted a 2.64 goals against average and a 0.911 save percentage in 25 games with the Brandon Wheat Kings Midget AAA team in 2016/17. He attended Hockey Canada’s Program of Excellence Goaltending Camp earlier this month.

Blaisdell was selected by the Giants in the second round of the 2016 Bantam Draft. The 16-year-old forward finished the regular season with 20 goals and 21 assists in 40 games for the Regina Pat Canadians of the Saskatchewan AAA Midget League. Blaisdell went on to help the Pat Canadians to a berth in Canada’s National Midget Championship, the Telus Cup, tallying 15 points in 22 post-season games.