Byram, Blaisdell Get the Call From Canada 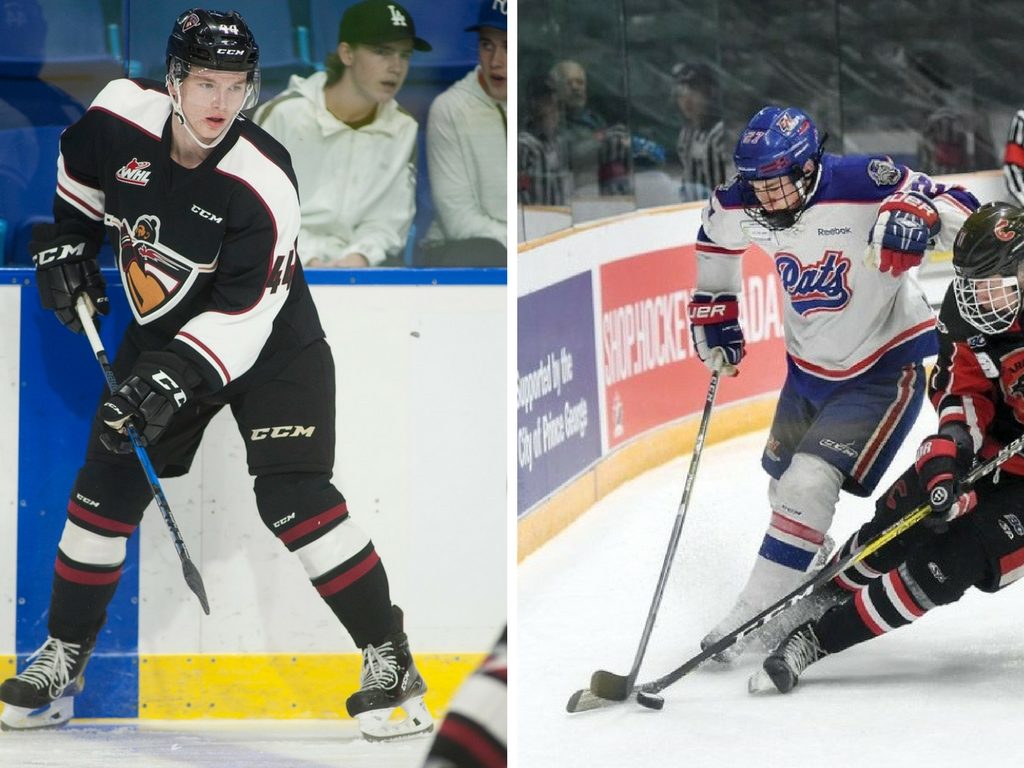 The Vancouver Giants are pleased to announce that 2001-born defenceman Bowen Byram (Cranbrook, B.C.) and 2001-born forward Harrison Blaisdell (Regina, SK) have been chosen to represent Canada at the 2017 World Under-17 Hockey Challenge which begins November 5th and runs through November 11th in both Dawson Creek and Fort St. John, B.C.

Byram was originally selected by the Giants third overall in the 2016 WHL Bantam Draft. So far this season in eight games, Byram has collected five assists which ranks him second among WHL rookie defencemen in scoring. Last season Byram suited up in 11 games as an under-ager and helped guide Team Alberta to a gold medal at the 2016 U-16 Challenge Cup. During his Midget season, Byram was named the 2016 Alberta Minor Hockey Player of the Year.

Blaisdell was selected 31st overall by the Giants in the 2016 WHL Bantam Draft. This season he’s suited up in 13 games with the BCHL’s Chilliwack Chiefs and has tallied twice while adding seven assists. Last season he scored 20 goals while adding 21 assists for 41 points in 40 games with the SMHL champs, the Regina Pat Canadians. He represented Team Saskatchewan in the 2016 U-16 Challenge Cup..

“We’re very excited that both Bowen and Harrison will have the opportunity to represent Canada at this event,” said Giants General Manager, Glen Hanlon. “Both players have the ability to make a positive impact every time they take the ice and we wish them the best as they look to bring a gold medal back to Canada.”

The Vancouver Giants continue their trek through the Prairies tonight when they battle the Prince Albert Raiders at 6:00 PM local time. The trip also includes stops in Saskatoon (Wednesday), Brandon (Friday) and Regina (Saturday). The Giants next home game takes place on Friday, October 27th against the Prince George Cougars.