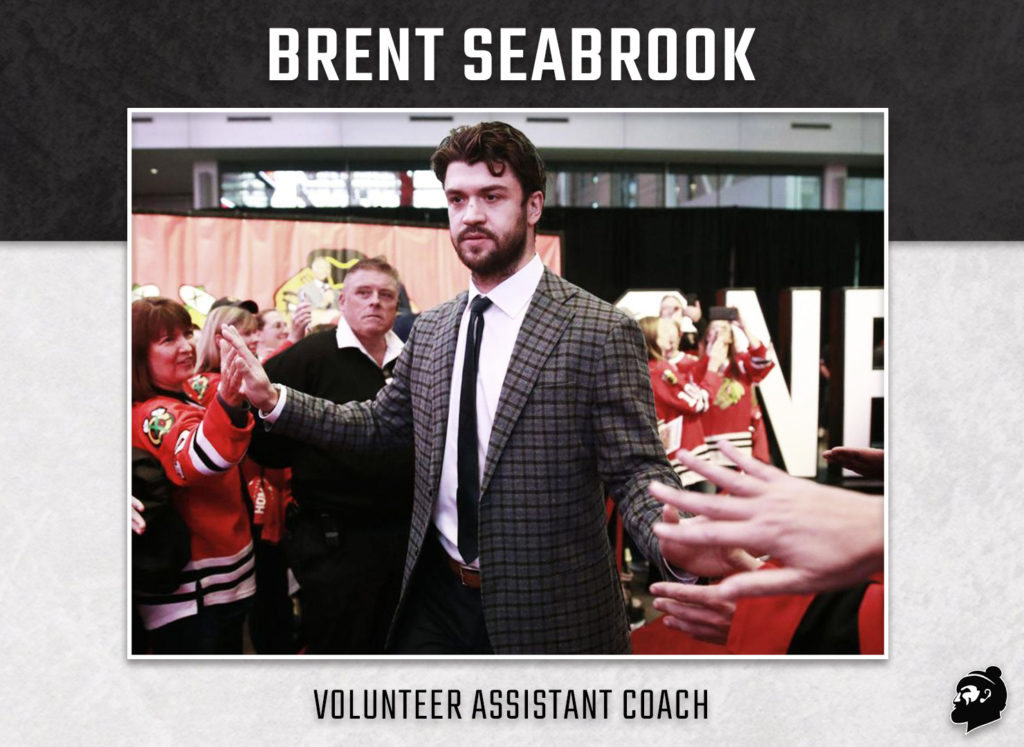 Vancouver Giants General Manager Barclay Parneta announced today that three-time Stanley Cup champion Brent Seabrook (Delta, B.C.) will be joining the Vancouver Giants as a volunteer/interim assistant coach. Seabrook will join Keith McCambridge behind the bench while Michael Dyck is away at the World Juniors. He’ll also be behind the bench with the Giants tonight as they battle the Kelowna Rockets.

“I’m grateful to the Vancouver Giants ownership, management staff, and the Tampa Bay Lightning for allowing me this opportunity to give back to the game and to help out while Michael Dyck goes for Gold,” said Brent Seabrook. “I’m looking forward to being part of the great culture the Giants have created and I can’t wait to get started.”

“We are incredibly excited that Brent has decided to share his wealth of hockey knowledge with our players and staff sitting in as a guest coach while Michael Dyck is at the World Junior Championships,” adds GM Barclay Parneta. “Brent’s hockey experience will surely benefit players and staff alike.”

Brent Seabrook is a veteran of 1114 career NHL regular season games, and an additional 123 playoff games – All with the Chicago Blackhawks. During that time he registered 103 goals and 361 assists for 464 points. He added 20 goals and 39 assists for 59 points in the playoffs. The long-time alternate captain played an integral role in leading the Blackhawks to Stanley Cup championships in 2010, 2013 and 2015.

Prior to his pro career, Brent Seabrook played parts of five seasons in the Western Hockey League with the Lethbridge Hurricanes. From 2000-2005 he appeared in 264 games and recorded 39 goals and 137 assists for 176 points. Currently he’s ranked third all-time in franchise scoring for defencemen.