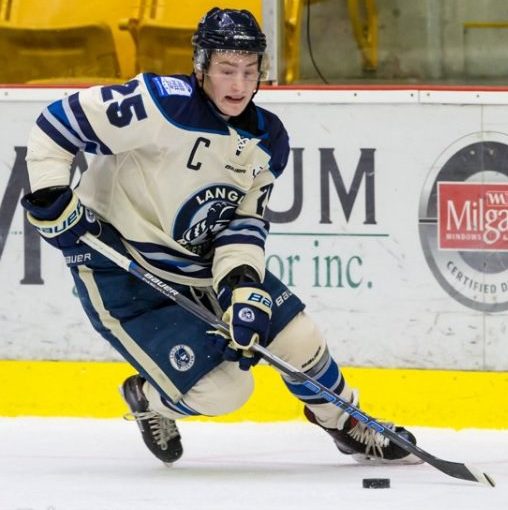 Brendan Budy checks in a 5’10” and 179-pounds. He was originally drafted by the Rebels in the fourth round (69th overall) in the 2015 WHL Bantam Draft. Last season, Budy recorded 11 goals and 20 assists for 31 points in 31 games with the USHL’s Tri-City Storm. He also appeared in six games with the University of Denver prior to joining the Storm.

His lone Midget season was spent with the Delta Academy Prep team in 2015-16 where he scored 19 goals and added 24 assists through 27 games. That season he helped Team BC capture a bronze medal at the Western Canadian U-16 Challenge Cup. Internationally, Budy won a gold medal with Canada West at the 2017 World Junior A. Challenge. His Elite Prospects Bio can be found here.

Sexsmith spent last season with the Delta Academy. In 15 games, he registered five goals and seven assists for 12 points. Additionally, he’s dressed in five games for the Giants over the past two seasons. He was originally drafted ninth overall by Swift Current in 2017.

The Giants wish to thank Joel and his family, and wish them the best as Joel continues his WHL career with the Red Deer Rebels.