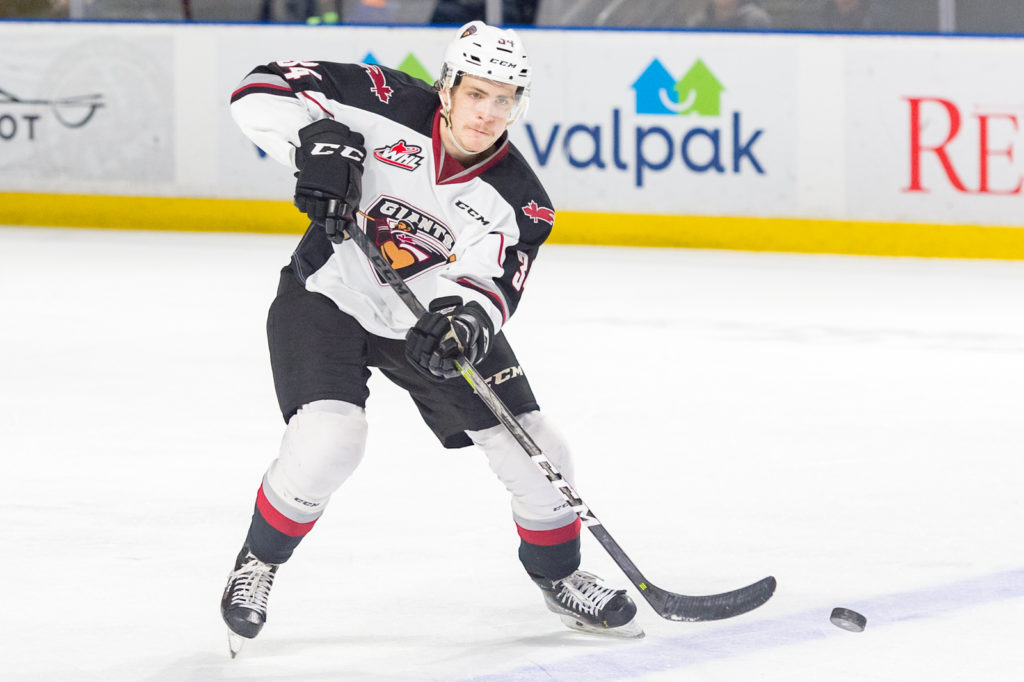 General Manager Barclay Parneta announced today that the Giants have traded 1999-born forward Brayden Watts (Bakersfield, CA) to the Prince Albert Raiders in exchange for a fifth-round draft pick in 2021.

Originally selected by the Moose Jaw Warriors in Round 3 (62nd overall) in the 2014 WHL Bantam Draft, Watts has appeared in 254 career WHL games (Moose Jaw/Vancouver). He was acquired by the Giants in a trade with Moose Jaw in January, 2017. Since then he’s suited up in 157 regular season games with Vancouver.

“Brayden has been a first-class teammate, leader, and ambassador for the Vancouver Giants,” said Giants General Manager Barclay Parneta. “Brayden is truly leaving the Giants in a better place than when he arrived. He is a fantastic person that we were fortunate to be around and we wish him the very best as he continues his WHL career with the Prince Albert Raiders.”

Brayden Watts adds, “I just want to say thank you to the Vancouver Giants, the city and all of the great fans. It’s been great playing here and I’ve loved every minute of it.”

After a 2-0 start to their season the Vancouver Giants host the Portland Winterhawks in their CIBC Home Opener on Friday, September 27th. Puck drop goes at 7:30 PM. Get your tickets HERE.