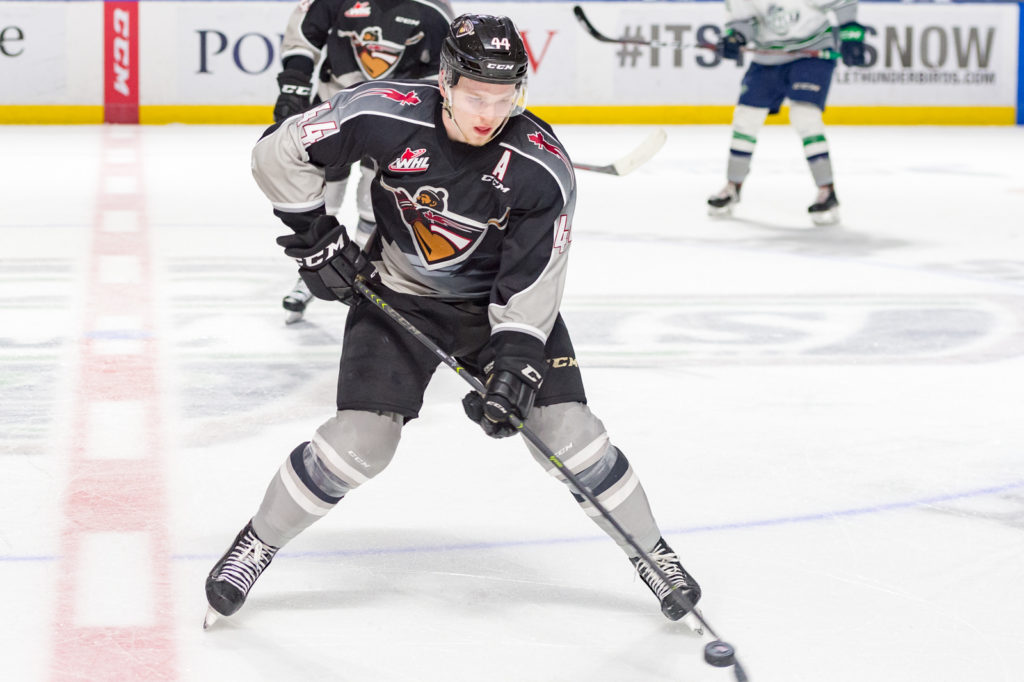 The Vancouver Giants are getting a major boost ahead of their 2019 CIBC Home Opener. The Vancouver Giants in conjunction with the Colorado Avalanche announced today that 2001-born defenceman Bowen Byram has been reassigned to the Vancouver Giants. He’ll make his 2019-20 debut tomorrow night at the LEC when the Giants host the Portland Winterhawks at 7:30 PM.

Bowen Byram was selected fourth overall by the Colorado Avalanche in the 2019 NHL Draft held in Vancouver. He suited up in four exhibition games for the Avs who went 2-2 in that span.

In 2018-19 Byram had 26 goals and 45 assists for 71 points. His 26 goals were a new single-season franchise best for the Giants. He also set a new WHL single-season record with six overtime winning goals. He added 26 points in 22 playoff games to lead the entire Western Hockey League. In 138 career games with the G-Men, Byram has posted 32 goals and 66 assists for 98 points.