Bowen Byram Named WHL Player of the Month For February 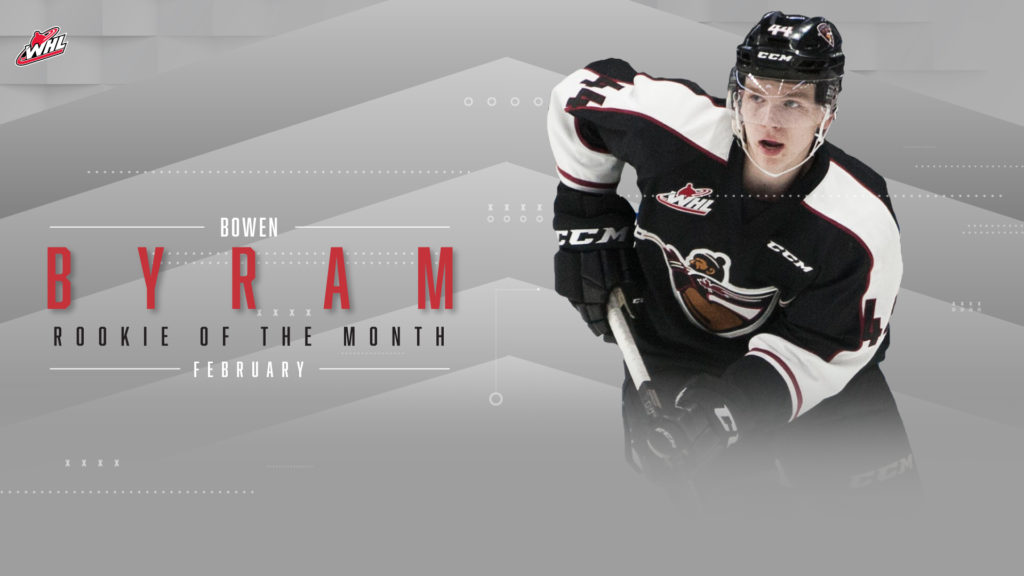 The Vancouver Giants in conjunction with the Western Hockey League are pleased to announce that 2001-born defenceman Bowen Byram (Cranbrook, B.C.) has been named WHL Rookie of the Month for February.

Originally selected third overall by the Giants in the 2016 WHL Bantam Draft, Byram is enjoying a terrific first full season in the Western Hockey League. Through 51 games Byram has registered six goals along with 17 assists for 23 points along with a +2 rating and 35 penalty minutes. The month of February was particularly impressive for Byram who logged major minutes in all situations for the Giants given their injury situation. Through 12 February games, Byram scored three goals while adding six assists. He is eligible for the 2019 NHL Draft.

Internationally Byram suited up for Canada at the 2017 World Under-17 Hockey Challenge and helped Canada Red to a Silver Medal.

Byram and his teammates return to action tomorrow night in Kamloops marking the first of three games in a span of three days. The G-Men return home to face the same Blazers team Saturday at 7:00 PM and will wrap up the weekend Sunday at home with a 2:00 PM showdown with the Everett Silvertips.