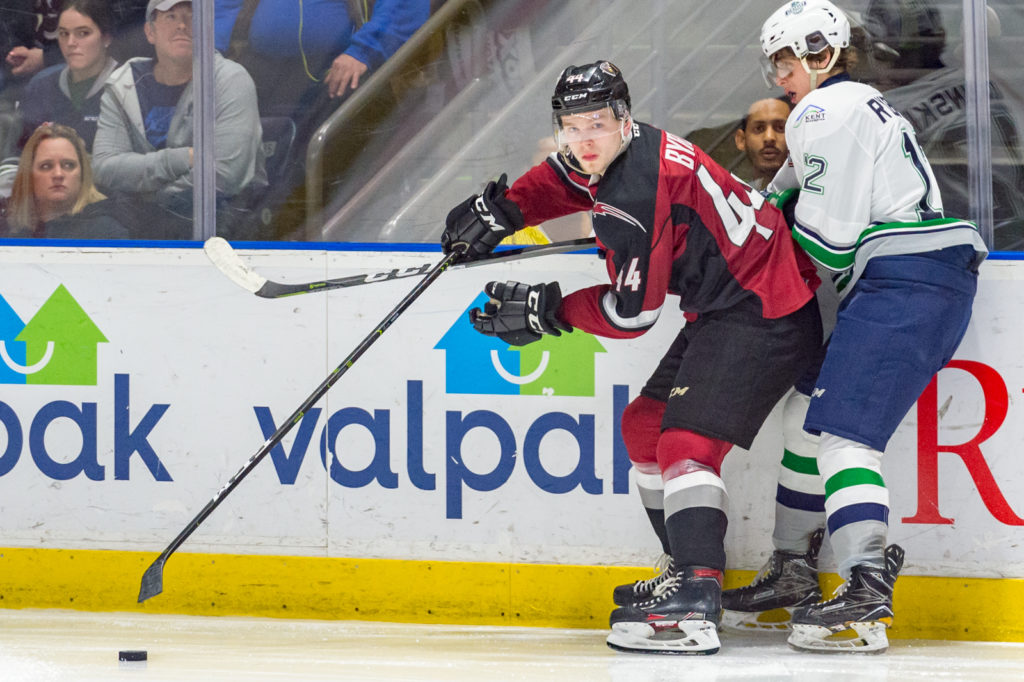 For a second time this season, Vancouver Giants defenceman Bowen Byram (Cranbrook, B.C.) has been named McSweeney’s WHL Player of the Month.

In nine April games, Byram recorded four goals and six assists as the Giants went 8-1 in that span, securing a four-game sweep of the Victoria Royals and a five-game victory over the Spokane Chiefs on their way to a berth in the Rogers WHL Championship Series. He posted four multi-point games, was named the first star of two different games and was also named the WHL’s First Star of the Night twice. He currently leads the WHL in playoff scoring with seven goals and 11 assists fo 18 points through 15 games. In 22 career WHL playoff games, Byram has notched 10 goals and 15 assists for 25 points.

Earlier this month, Bowen Byram was ranked #2 among North American Skaters on NHL Central Scouting’s Final Draft Rankings List. He was the top CHL skater on that North American list.

Bowen Byram and the Vancouver Giants will take the ice for Game 1 of the Rogers WHL Championship Series on Friday night at 6:00 PM PT in Prince Albert, SK. Game 2 will then take place Saturday night before the series shifts back to the Lower Mainland for Game 3 on Tuesday, May 7th and Game 4 on Wednesday, May 8th.

GET TICKETS TO GAMES 3 AND 4 HERE