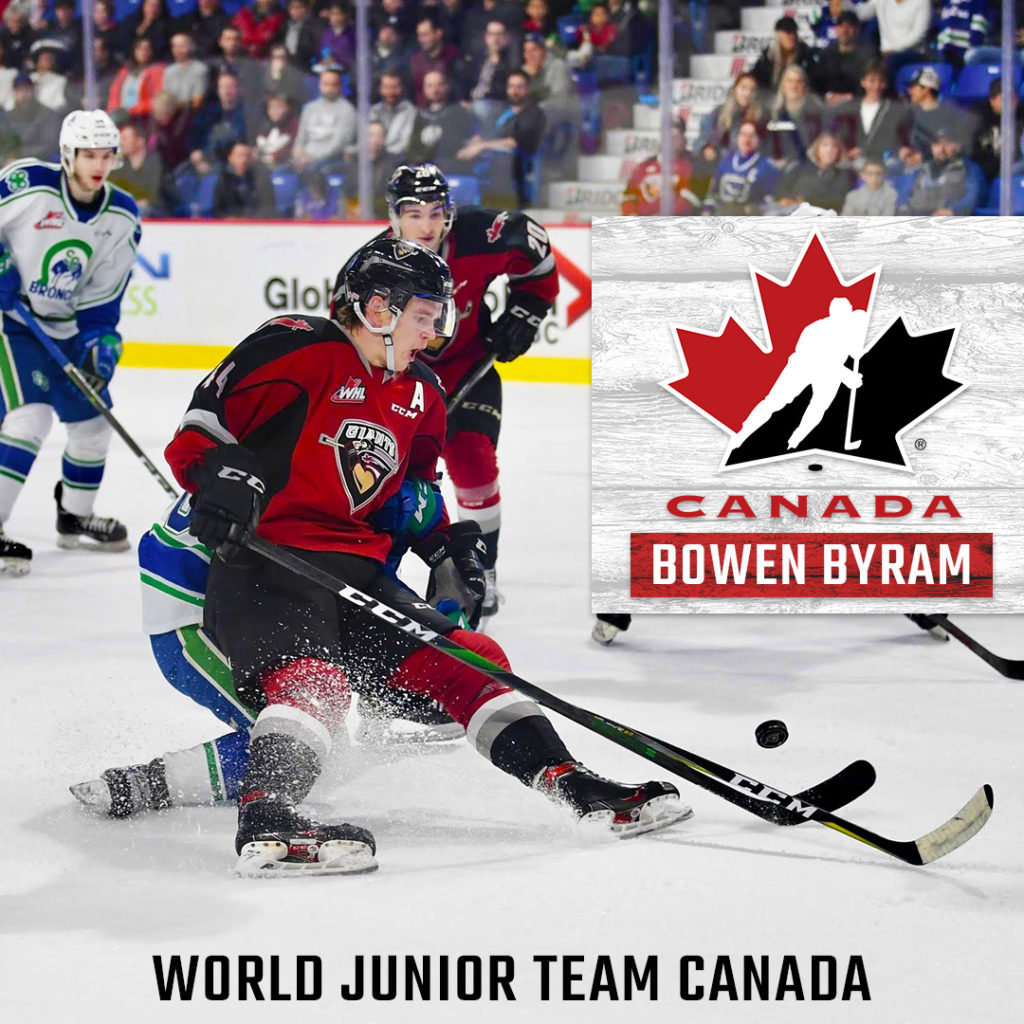 Bowen Byram is headed to the Czech Republic. Tonight Hockey Canada announced that 24 players which will be heading to Europe in advance of the 2020 IIHF World Juniors which kick off on December 26th in the Czech Republic. Byram was one of six WHL’ers named to Canada’s roster.

BOWEN BYRAM GETS THE CALL TO CANADA

In 27 games this season with the Giants, Byram has scored three goals and 16 assists for 19 points along with a +6 rating and 51 penalty minutes. Byram has appeared in 165 career games for the Giants and has totalled 35 goals and 83 assists for 118 points. In 29 additional playoff games, Byram has added 11 goals and 22 assists for 33 points. Last season he became the first ever WHL defencemen to lead the playoffs in scoring (26 points) and he set a new single-season WHL record with six overtime winning goals. In June he was selected by the Colorado Avalanche with the fourth overall pick.

Per Hockey Canada’s release: Among the athletes travelling to the Czech Republic are five returnees from the 2019 IIHF World Junior Championship in Vancouver and Victoria, B.C. (Hayton, Lafrenière, McIsaac, Smith, Veleno) and two players who won a silver medal with Canada’s National Men’s Summer Under-18 Team at the 2019 Hlinka Gretzky Cup (Byfield, Drysdale).

“As with every year, there are difficult decisions to trim down our roster, but ultimately we believe this group will give us our best shot at a gold medal,” said Shawn Bullock, director of men’s national teams with Hockey Canada. “We are excited about working with these players in the Czech Republic, and we are looking forward to an exciting World Juniors.”

Canada’s final 22-player roster does not need to be officially submitted to the International Ice Hockey Federation until Dec. 25.