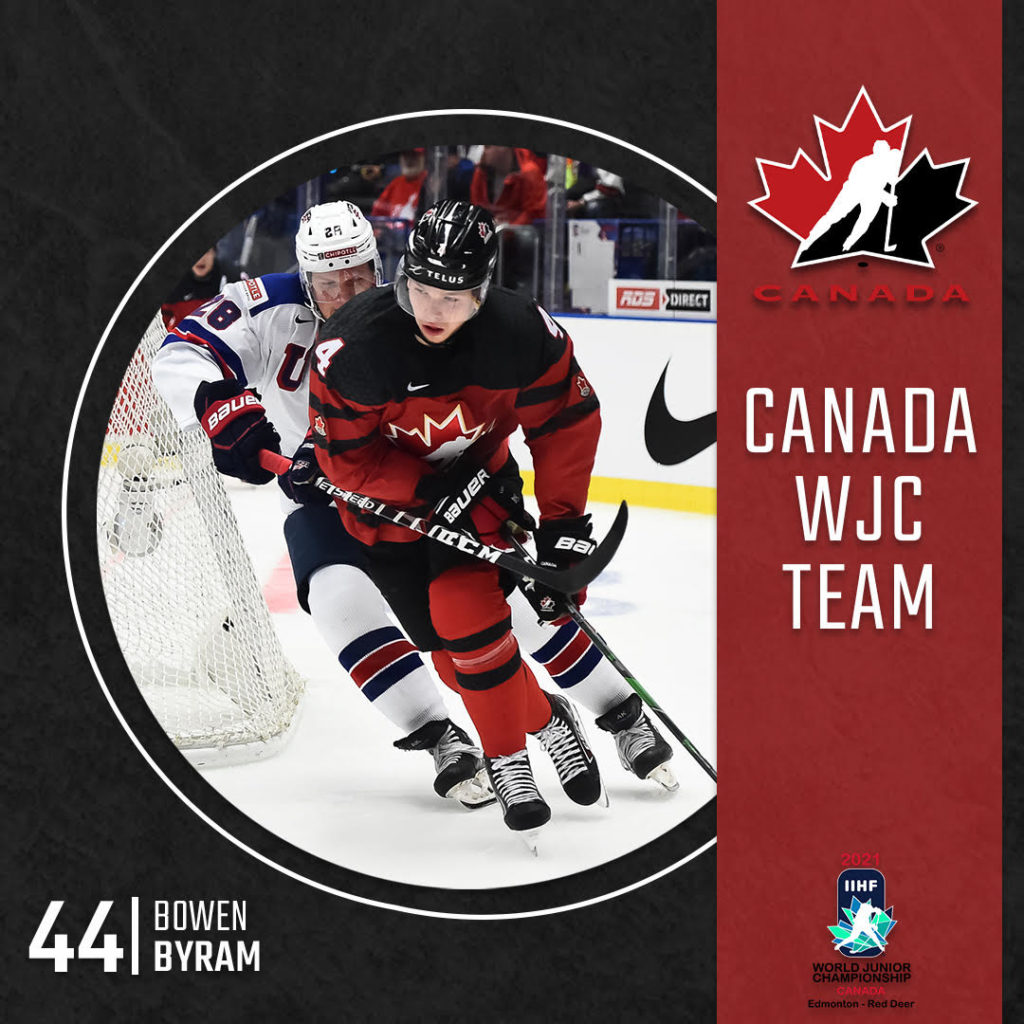 For a second straight season, defenceman Bowen Byram will be representing Canada at the World Juniors. The Giants in conjunction with Hockey Canada are pleased to announce that Byram (Cranbrook, B.C.) is one of 25 players and nine current WHL players named to Canada’s roster.

BOWEN BYRAM ONCE AGAIN GETS THE CALL TO CANADA

Bowen Byram, a 2019 first-round draft pick of the Colorado Avalanche, is one of six players who will be representing Canada for the second time in as many years at this event. In seven games last season at the World Juniors he notched two assists en route to a Gold Medal victory.

In 188 career regular season games with Vancouver, Byram has posted 46 goals and 104 assists for 150 points which ranks him third all-time in franchise scoring for defencemen. Additionally he’s suited up in 29 playoff games, where he added 11 goals and 22 assists for 33 points. He was drafted by the G-Men third overall back in 2016.  During the 2018-19 season, Byram set a new single season team record for goals by a defencemen with 26, and he set a new single season WHL record with six overtime winning goals.

Internationally, Byram has also donned the Maple Leaf at the 2017 World Under-17 Hockey Challenge and the 2018 Hlinka Gretzky Cup.

Since their inception, the following Vancouver Giants have represented Canada at the World Juniors: