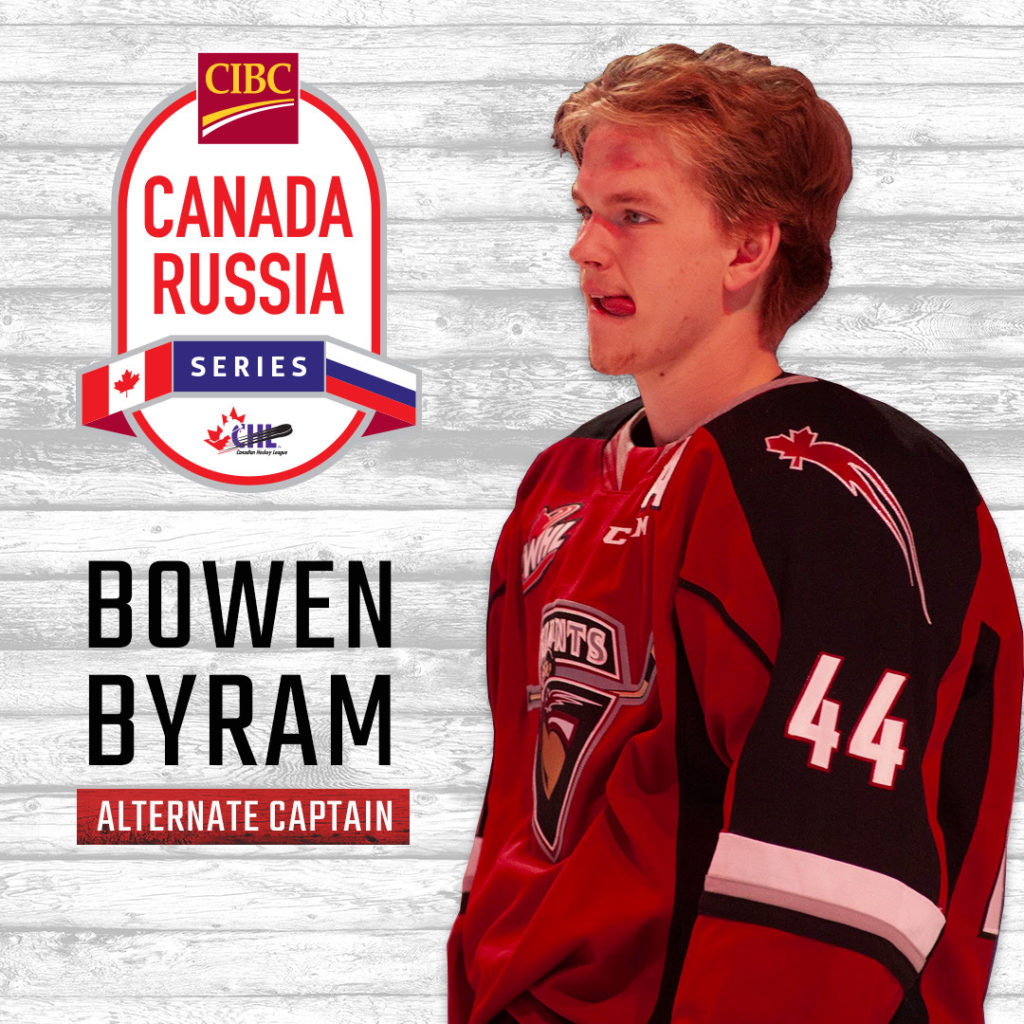 This marks the second straight season that Bowen Byram will suit up for Team WHL. The fourth overall pick of the Colorado Avalanche in 2019 has secured 12 points (2G, 10A) through 14 games. In 152 career WHL games he’s posted 34 goals and 76 assists for 110 points. Last season he led all CHL defencemen with 26 goals and led the WHL in playoff scoring with 23 points. Internationally he helped Canada capture a gold medal at the 2018 Hlinka Gretzky Cup and also earned a silver medal with Canada Red at the 2017 World Under-17 Hockey Challenge. He was chosen third overall by the Vancouver Giants in the 2016 WHL Bantam Draft.

GET TICKETS TO SUNDAY, NOVEMBER 3RD GAME AGAINST MEDICINE HAT