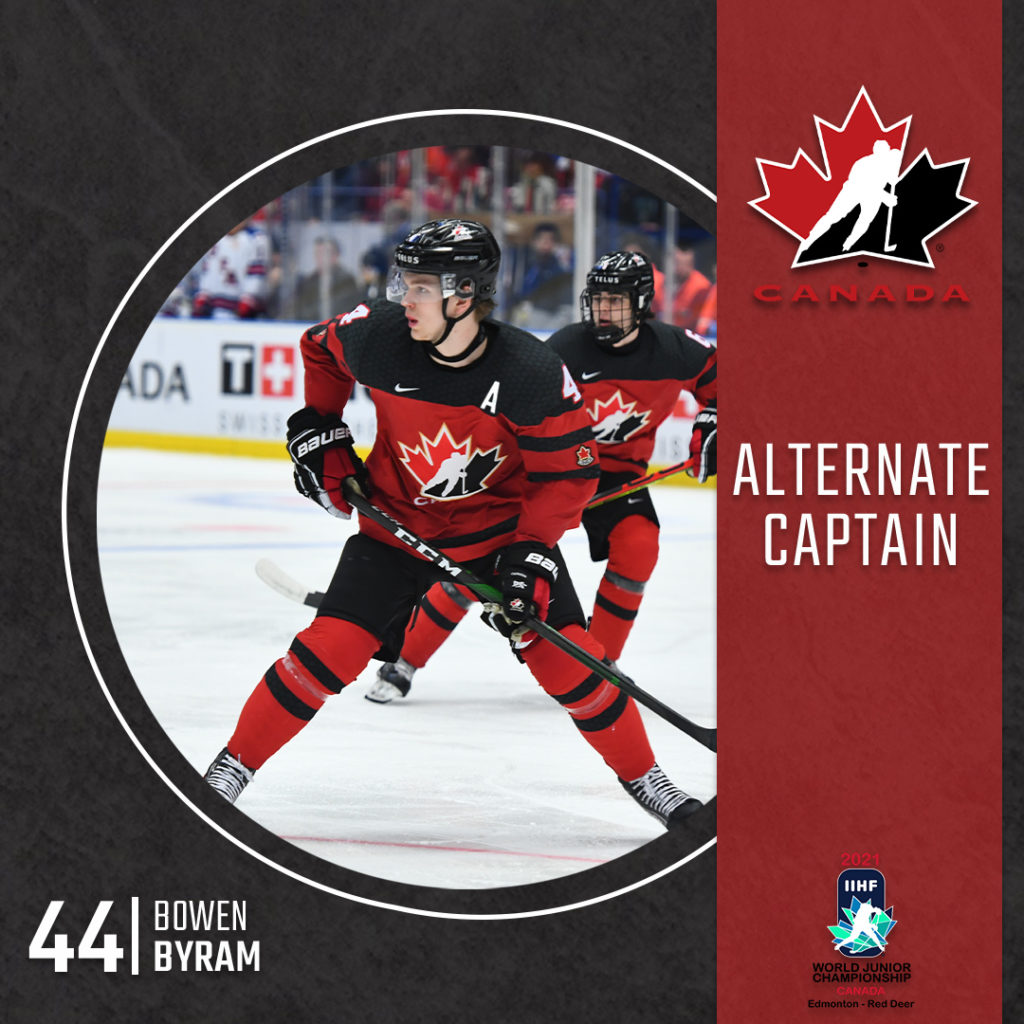 Hockey Canada has unveiled their leadership group for the 2021 World Juniors, and the Giants are thrilled to announce that defenceman Bowen Byram (Cranbrook, BC) has been named an alternate captain.

BOWEN BYRAM TO WEAR AN “A” FOR CANADA

Learn how the captains’ signatures will be featured in Esso Medals and Certificates of Achievement program kits at https://t.co/9a7XDrpbSW pic.twitter.com/awOK4XYl71

“On behalf of the Vancouver Giants organization I would like to congratulate Bowen for being named to the leadership group for Canada’s World Junior team,” said Giants GM Barclay Parneta. “His experiences at last year’s tournament, along with spending time in the NHL playoff bubble will be invaluable to help with this year’s efforts to repeat as champions.”