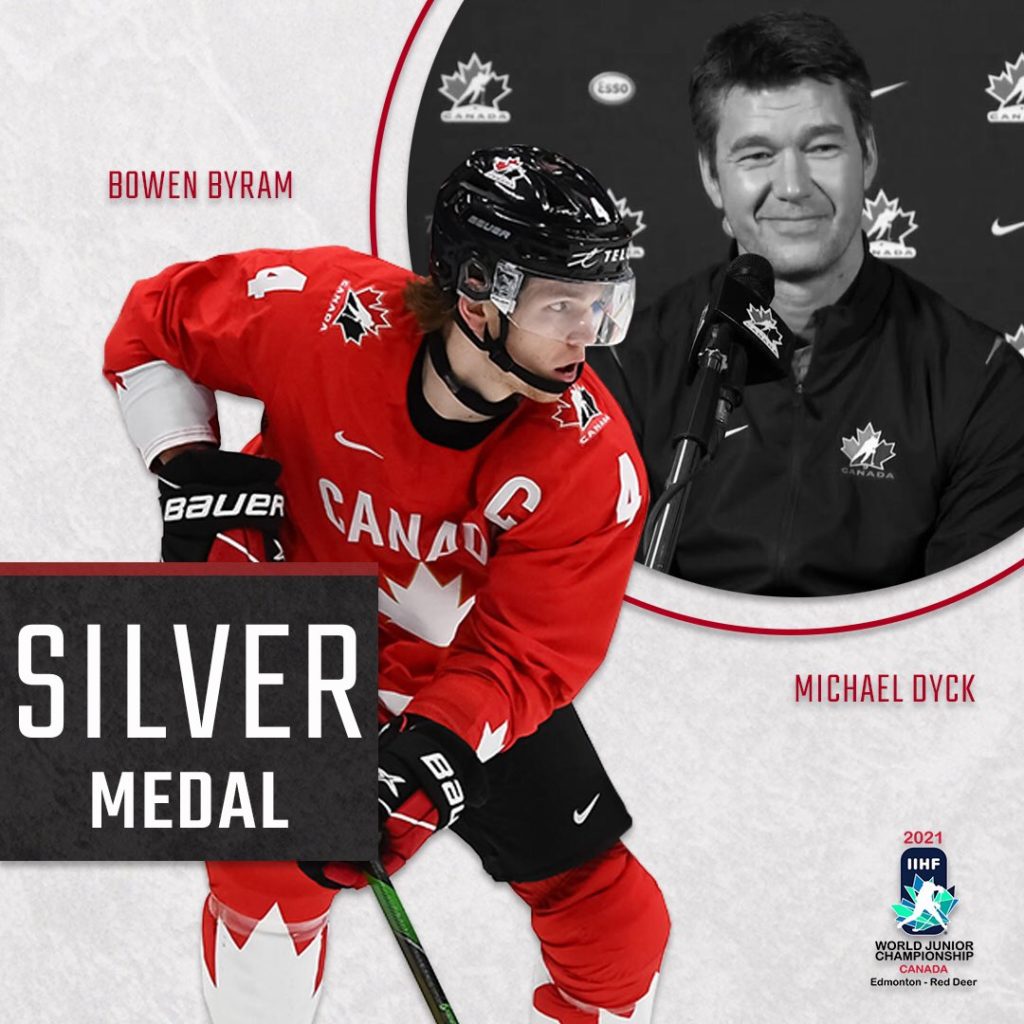 Earlier this evening, Canada dropped a hard-fought Gold Medal matchup to Team USA in Edmonton, AB. The final score was 2-0.

For the tournament, Bowen Byram managed one goal and four assists along with a tournament-best +13 rating. He was named a tournament all-star, and one of Canada’s Top Three players for the tournament along with forward Dylan Cozens and goaltender Devon Levi. He also received two Player of the Game awards for Canada. Byram is the first ever Vancouver Giant to capture multiple medals at the World Juniors.

Michael Dyck was named an assistant coach for Canada’s World Junior team back in June. He was part of a coaching staff that also included André Tourigny, Mitch Love and Tyler Dietrich.

The Vancouver Giants would like to wish a heartfelt congratulations to both Bowen Byram and Michael Dyck for their first class representation of the Vancouver Giants, the Western Hockey League and the country of Canada.