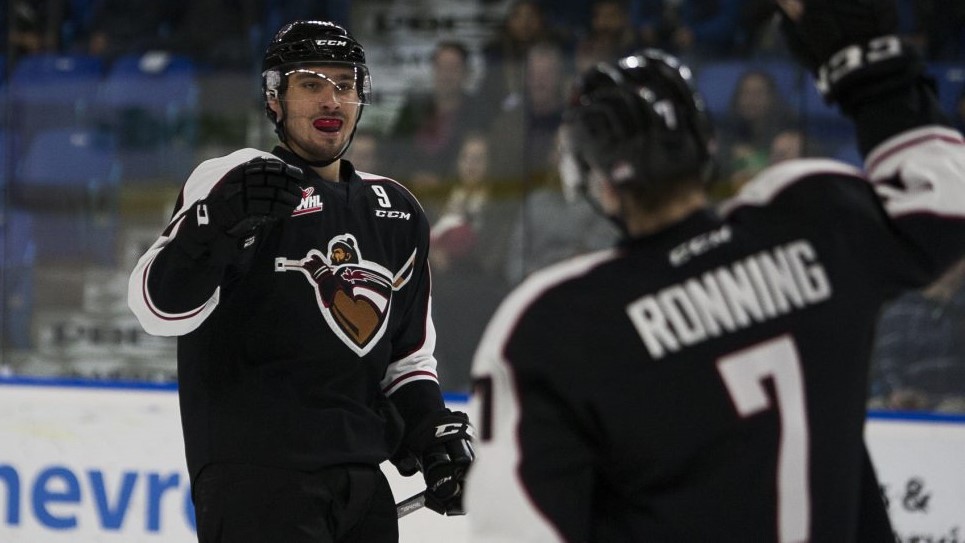 Radovan Bondra scored his first WHL hat-trick to lead the Vancouver Giants to a 5-3 win over the Prince Albert Raiders on Wednesday night at the Langley Events Centre. Matt Barberis and Thomas Foster also scored for Vancouver.

Bondra opened the scoring before the seven-minute mark of the first period, firing a puck past Prince Albert goalie Ian Scott from the slot. Barberis extended the lead less than two minutes later when he outwaited a sprawling Raider defenceman before scoring from between the face-off dots. Bondra added to the lead with a goal on a penalty shot later in the opening frame.

Foster made it 4-0 early in the second period when he tallied his fourth of the season and chased Scott from the Raiders’ net. Cole Fonstad put Prince Albert on the board late in the middle frame, spoiling David Tendeck’s shutout bid.

Bondra completed his hat-trick before the midway mark of the third period when Foster set him up in front of the goal. The Raiders got two late goals from Cavin Leth and Sean Montgomery to pull to within two goals.

Bondra leads the Giants in goals with 15 on the season. Captain Tyler Benson had an assist to extend his season-high point streak to six games. The G-Men conclude their six-game home stand with four victories.

Bondra scored the Insurance Goal of the Game. Tendeck made 24 saves in the Giants’ crease.

The G-Men will visit the Kelowna Rockets on Friday evening. Puck drop is slated for 7:05pm from Prospera Place.