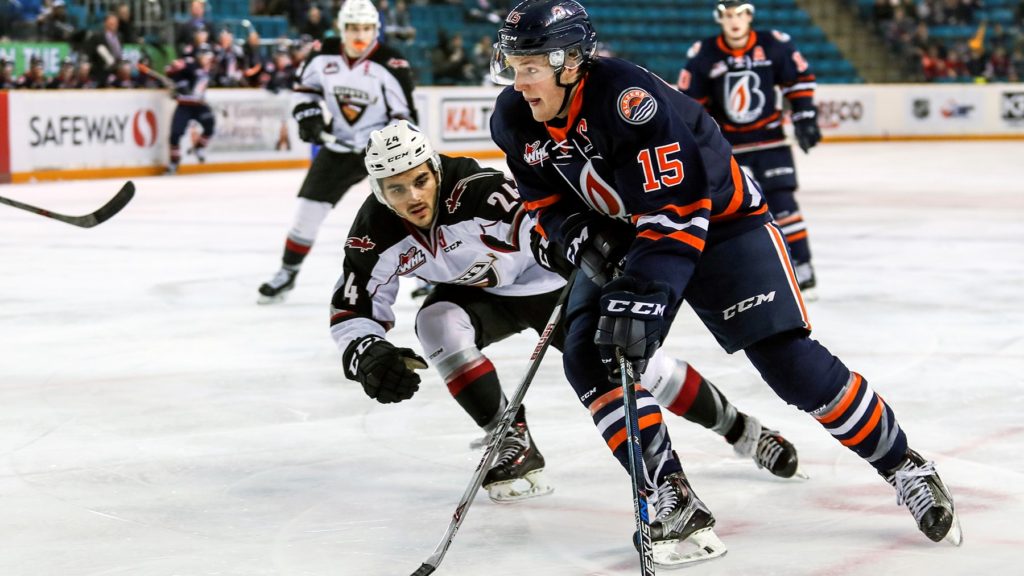 Brayden Watts and James Malm both had three points, but the Kamloops Blazers doubled the Vancouver Giants 6-3 on Saturday night at the Sandman Centre. Brendan Semchuk also scored for Vancouver.

The Blazers jumped out to an early lead with first period goals scored by Deven Sideroff, Nick Chyzowski and Rudolfs Balcers. Kamloops out shot Vancouver 14-4 in the opening 20 minutes.

Semchuk put the G-Men on the board in the early minutes of the second period, scoring from the slot after a nice pass out of the left corner from Malm, but Joe Gatenby scored off the rush late in the frame to re-establish Kamloops’ three-goal lead.

Gatenby bagged his second of the night on a power play in the third period, but the G-Men scored a pair of goals to make it 5-3. Watts netted his first as a Giant after being acquired from Moose Jaw earlier in the week when he knocked a rebound home from the top of the crease. Malm also scored on a close play at the side of the goal. The G-Men were awarded a power play with under six minutes to play, but Collin Shirley scored a shorthanded marker for the Blazers.

David Tendeck made 28 saves for the Giants. Kamloops out shot Vancouver 34-28. The Giants were 0-for-3 on the power play.