Blazers Come Back to Beat Giants 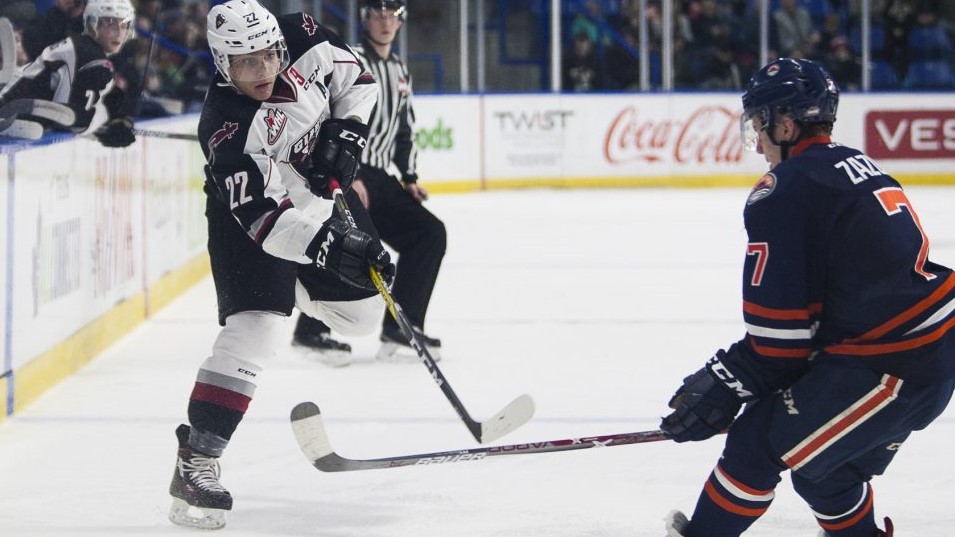 The Vancouver Giants lost a heart breaker on Saturday night, falling 4-3 to the Kamloops Blazers after having led 3-0 in the second period. Calvin Spencer, Jack Flaman and Bartek Bison scored Vancouver’s goals.

Spencer put the Giants ahead when he scored with three seconds left in the first period on a rebound from the slot.

Flaman made it 2-0 at 1:17 of the second stanza, batting a rebound past Kamloops goaltender Dylan Ferguson from the top of the crease. Bison scored a couple of minutes later when he knocked a Jordan Borstmayer centring feed into the back of the net. Deven Sideroff put Kamloops on the board before the end of the middle frame, beating Vancouver goaltender Ryan Kubic with a hard shot from the right circle.

The Blazers struck twice in a 27 second span to tie the game early in the third period, getting goals from Quinn Benjafield and Rudolfs Balcers. Balcers bagged his second of the night, and the game winner, with 5.1 seconds left in the final frame on a tap-in at the side of the net.

Vancouver will return to action on Tuesday at the Langley Events Centre against the Victoria Royals for Don Cherry Night! Face-off is scheduled for 7:00pm. For tickets, click here or call 604.4.GIANTS (604.444.2687).