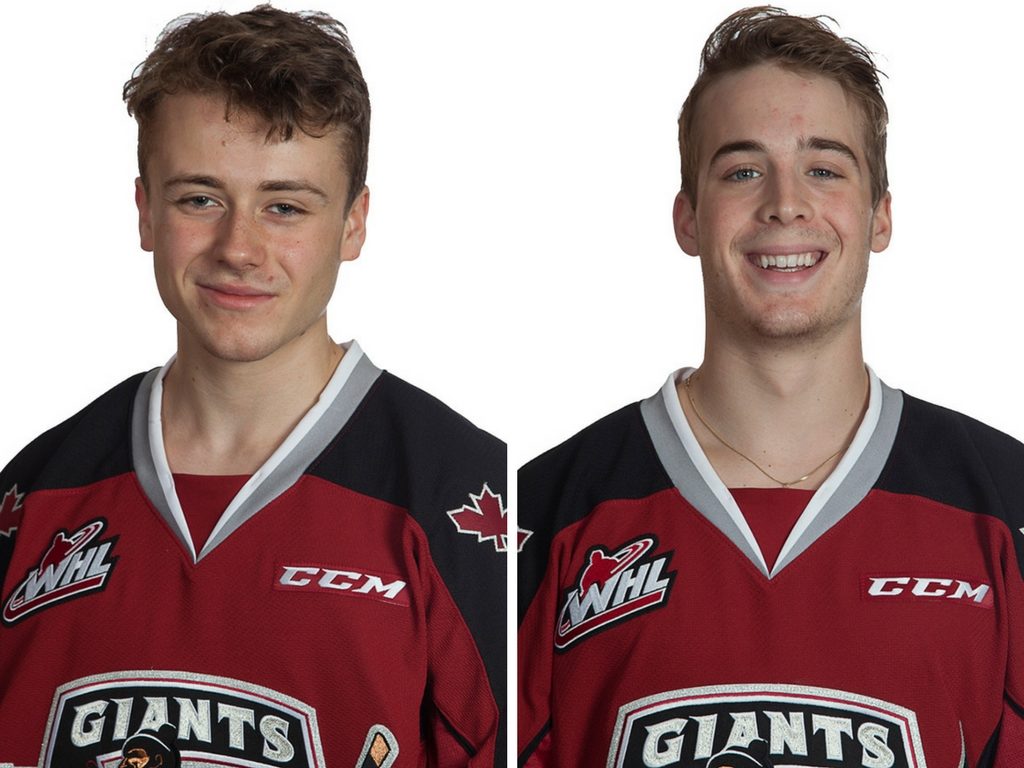 Day 3 of Giants camp kicked off with Team Black (1-1) and Team White (1-1). A different wrinkle was added to Day 3 as each team was given 15 minutes of power play time in the first half of the game, and the teams would then play four-on-four for the final half of the game. Black would strike shorthanded in the first half, and would add two more in the second half en route to a 3-1  victory over Team White.

The first half of special teams belonged to the goaltenders as both David Tendeck (Black) and  Braedy Euerby (White) did their part when their teams were shorthanded. In fact the only goal of the first half of the game came shorthanded via Aidan Barfoot of Team Black who stole the puck at his own blueline and raced in alone before ripping a quick shot past Euerby to give Black the 1-0 lead.

In came Trent Miner (Black) and Ryan Kubic (White) for the second half of the game, and despite the four-on-four play, goals were still difficult to come by.

Dylan Plouffe increased Black’s lead to 2-0 off a strong individual effort down the right wing. For the 18-year-old d-man it was his second goal of the weekend.

Evan Patrician (Black) and Owen Hardy (White) would trade goals in the later stages of the second half to arrive at the 3-1 final for Team Black who improves to 2-1 on the weekend.

GAME OVER! Black improves to 2-1 on the weekend with a 3-1 win over White.