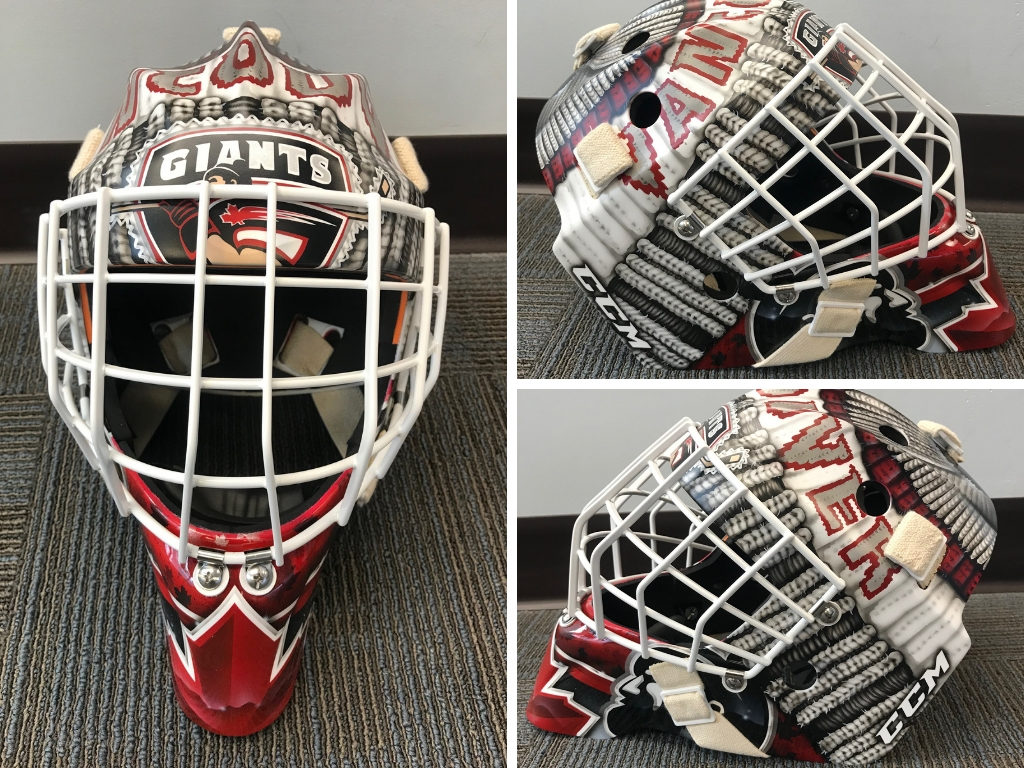 Giants goaltender David Tendeck will be debuting a new mask this weekend. This mask, like many others, has a story.

It started as a hobby.

Calgary based artist Dave Fried loved art, and he himself was a goalie. So one day he painted his own mask. His friends noticed, so he created a few for them.  Fast forward 10 years and many masks later – Dave and his wife are hard at work daily making Friedesigns the top Google ranked Canadian-based goalie mask painting business.

Dave Fried’s work shows up everywhere in the WHL, but his history with the Giants is still relatively new by comparison.

Last season he created masks for David Tendeck, Trent Miner and Todd Scott and when the opportunity presented itself this season to combine a Giants merchandise initiative (To Be Announced Shortly) with a mask for a WHL all-star and NHL Draft Pick – It was obvious who the Giants were going to call.

“I’ve loved working with the Vancouver Giants,” said Dave Fried from his Calgary home. “At the end of last season, the team contacted me to talk about a ‘toque’ mask. I loved the idea. A few proofs and some back-and-forth with Shingo Sasaki, Pete Toigo and David Tendeck himself – And here we are today.”

Fried adds, “There’s been a few other examples of masks based on toques, but it’s not a common design or idea and I’ve never created one quite this detailed. I think it fits well with the theme of the Vancouver Giants and especially with Jack the Giant wearing a toque. It’s a tricky to make it look real, but David is very happy with it an that’s the main thing that matters. Let’s just hope that he doesn’t make too many saves with his new mask early on, haha.”

Soon the Vancouver Giants will have a toque for sale which was created with the same design as David Tendeck’s new mask. Stay tuned for a release date. For now, enjoy the photos below. 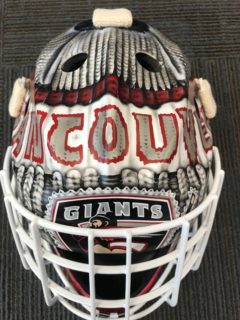 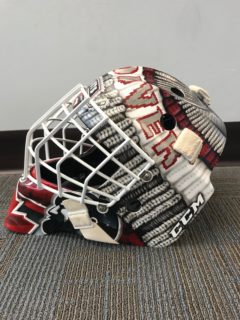 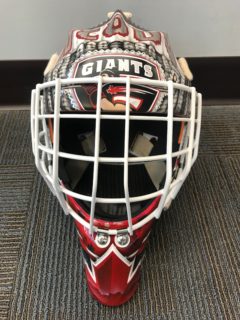 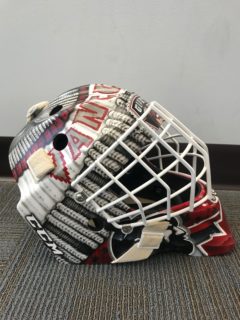