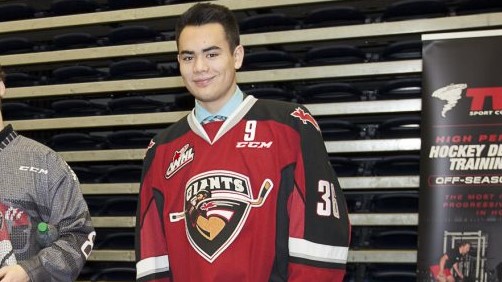 The Vancouver Giants are proud to announce that the hockey club has signed 2001-born forward Aidan Barfoot to a Western Hockey League Standard Player Agreement.

“We’re very happy that Aidan has signed with us,” said General Manager Glen Hanlon. “The Barfoot family had several options, and we’re honoured that they have chosen the Giants and the Western Hockey League. Aidan is a power forward that can play a 200-foot game and works very hard. We look forward to helping him develop all areas of his game going forward.”

Barfoot has scored 12 goals and 13 assists in 33 games with the Valley West Hawks of the BC Major Midget League this season. The Richmond native was drafted by the Giants in the sixth round of the 2016 WHL Bantam Draft.

The Giants visit the Portland Winterhawks tonight at 7:00pm.