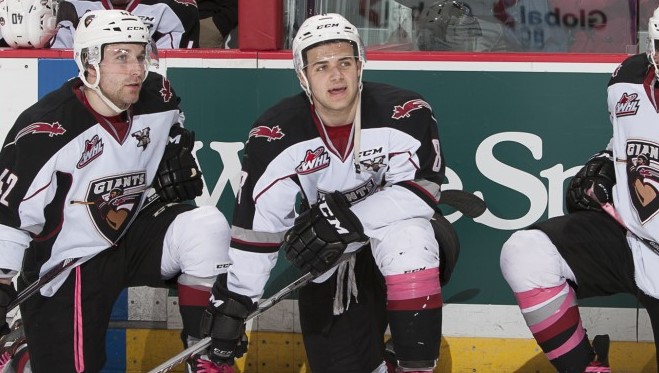 Alec Baer celebrated his birthday in style, but a hat trick wasn’t enough the St. Louis Park, Minnesota native to preserve a victory for Team Black as they lost 6-3 to Team White in the first intrasquad game of 2016 Vancouver Giants Main Camp presented by Hyundai.

Team White opened the scoring late in the first period with a goal from Colby Wolter after being set up on the rush from Landen Shaw. Baer evened the score with a shorthanded goal early in the middle frame before Tyler Popowich added his name to the score sheet to restore Team White’s lead. Baer answered for Black again to tie the game, only to have White regain a 3-2 lead yet again with a goal from Thomas Foster.

Five minutes into the third frame, Baer completed his hat-trick to tie the game yet again, but Gage Ramsay and Lukas Svejkovsky scored for Team White before Ty Ronning iced the game with an empty netter to clinch the victory.

Training Camp continues on Saturday at the Ladner Leisure Centre.