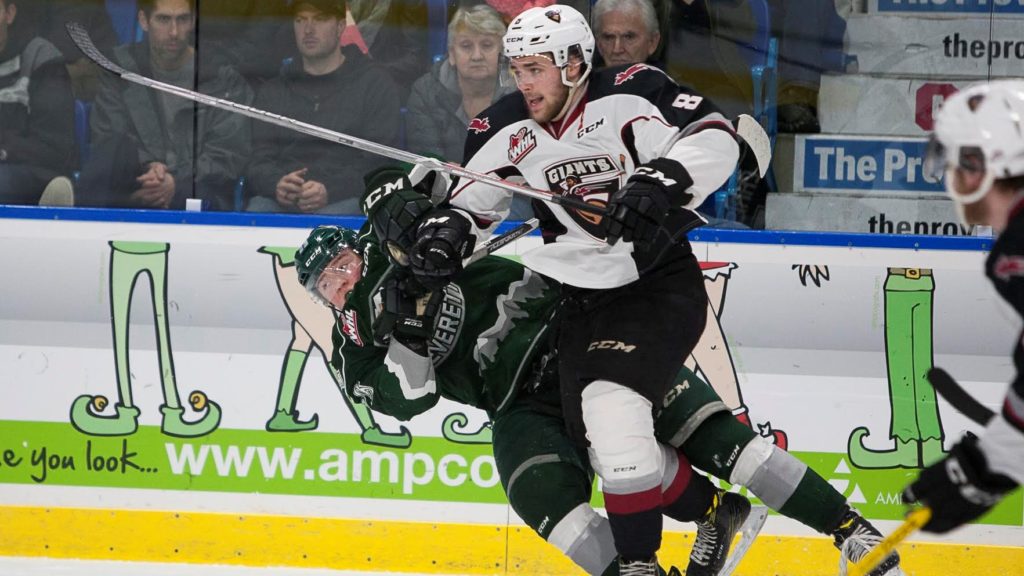 The Vancouver Giants announced on Monday that the hockey club has traded 1997-born forward Alec Baer to the Lethbridge Hurricanes in exchange for a third round pick in the 2017 WHL Bantam Draft.

“We thank Alec for his time here in Vancouver,” said General Manager Glen Hanlon. “We wish him the best of luck in his future hockey career.”

Baer signed with the Giants on February 15, 2013. The 19-year-old winger has 18 points in 39 games with Vancouver this season. A native of St. Louis Park, Minnesota, Baer played in 240 games for the Giants over parts of five seasons, scoring 44 goals and 61 assists. He has two points in four career playoff games.