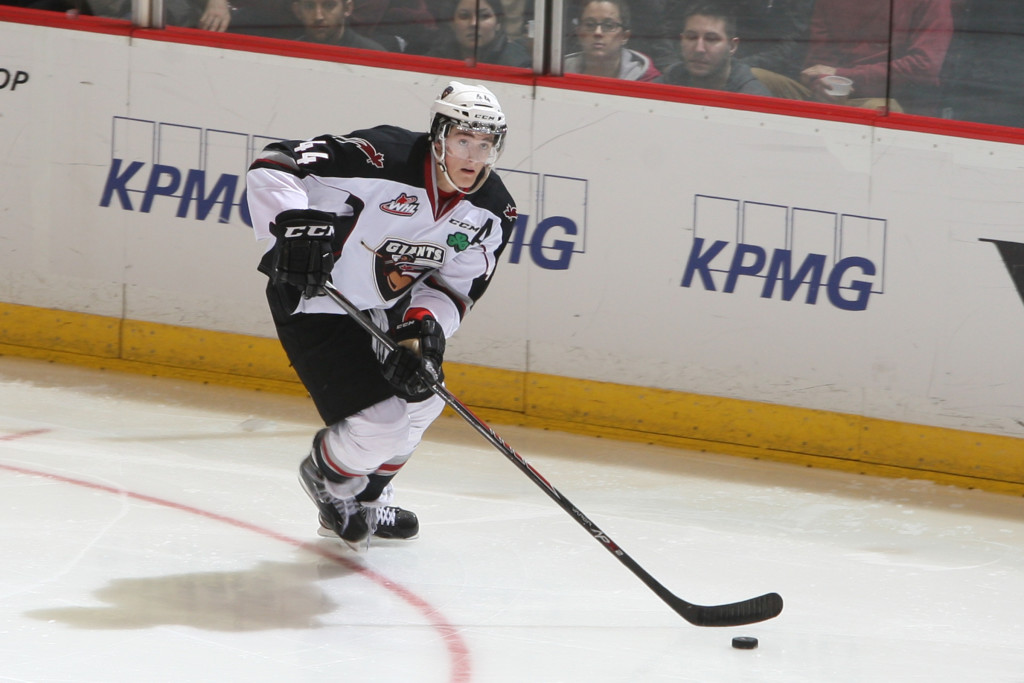 The Vancouver Giants would like to congratulate defenseman Mason Geertsen on signing a three-year entry-level NHL contract with the Colorado Avalanche.

The native of Rocky Rapids, Alberta has suited up in 193 games in a Giants uniform over parts of three seasons in Vancouver, posting 19 goals and 52 assists in that span. Geertsen was named the Giants’ acting captain late in the 2014/15 season after Dalton Sward’s year was cut short due to injury. At the conclusion of the regular season, Geertsen won both the P.C. Toigo Award given to the team’s MVP and the Pat Quinn Award for the club’s top defenseman.

“Mason took huge steps in his game this year,” said Giants General Manager Scott Bonner. “He was without a doubt our most valuable player, and I am sure he will succeed at the NHL level.”

Geertsen was selected in the fourth round of the 2013 NHL Entry Draft by the Avalanche at 93rd overall.

Vancouver Giants 2015/16 Season Ticket Memberships are on sale now, and the 2016 CHL/NHL Top Prospects Game is included in the package! Guarantee your seats to see the top 2016 NHL Draft eligible players including Team Cherry, Team Orr and the Giants’ own Tyler Benson! Get your membership today, starting at under $50 per month! For more information, call 604-4-GIANTS (604-444-2687) or click here.