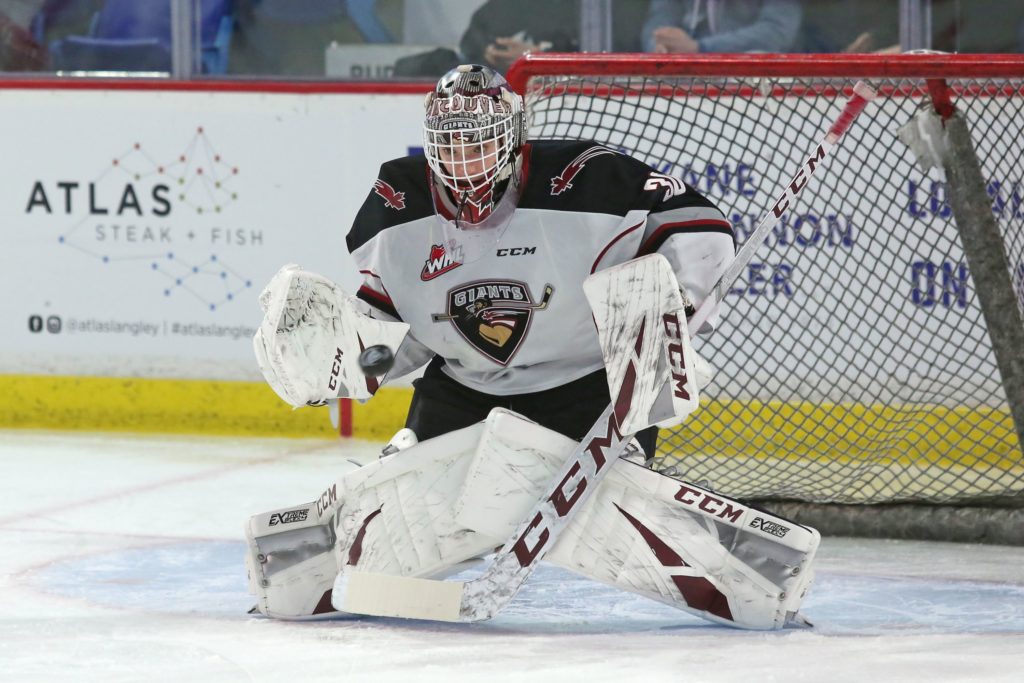 The Vancouver Giants are thrilled to announce that 1999-born goaltender David Tendeck (North Vancouver, B.C.) has signed a three-year entry-level contract with the NHL’s Arizona Coyotes.

Originally selected by the Vancouver Giants in the sixth round of the 2014 WHL Bantam Draft, the 6’2”, 181-pound goaltender is coming off his final WHL season with the Giants. During a span of 145 career regular season games, Tendeck compiled a record of 72-54-6-4 with 10 shutouts, a 2.96 goals-against average and a .905 save percentage. He added an additional 13 victories in 22 playoff appearances.

Tendeck is the all-time saves leader (3830) in the history of the Vancouver Giants. He also sits second all-time in both games played (145) and wins (72). He was named a WHL second team Western Conference all-star after the 2017-18 season, and during the 2018-19 campaign he represented Team WHL in the Canada-Russia Series.

In June of 2018, Tendeck was selected by the Arizona Coyotes in the sixth-round (158th overall) in the NHL Draft.