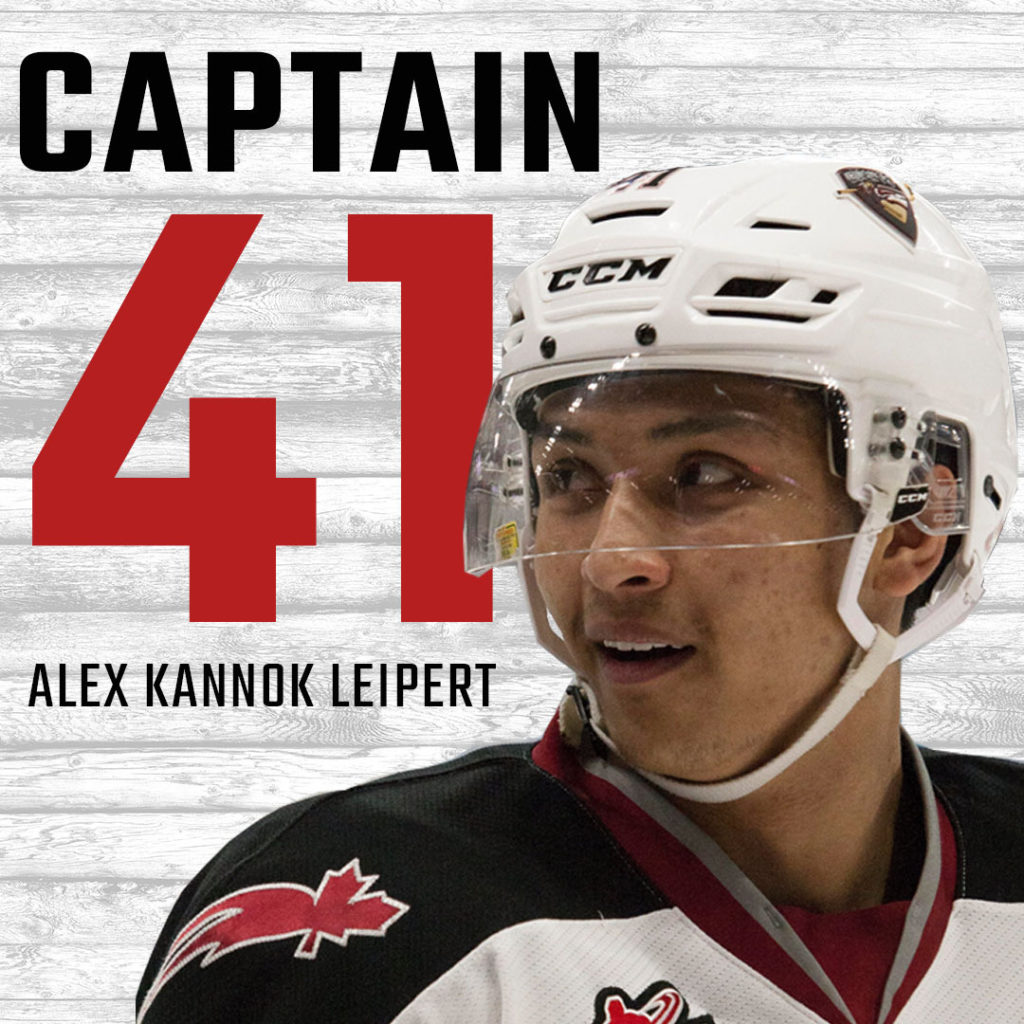 “To the Giants ownership group, management team, coaching staff, support staff, fans and my teammates, thank you for giving me the honour of being the Captain of the Vancouver Giants,” said Alex Kannok Leipert. “This is an unbelievable privilege and a responsibility that I won’t take for granted.”

Giants head coach Michael Dyck adds, “In every way, Alex Kannok Leipert personifies what it means to be a Vancouver Giant. He leads by example every day with his words and his actions. On the ice, in the community and especially with his teammates and the coaching staff, he’s extremely deserving of this opportunity.”

Originally drafted by the Giants in the fourth round of the 2015 WHL Bantam Draft, Kannok Leipert has suited up in 137 career regular season games with the Giants. In that span he’s scored 11 goals while adding 33 assists for 44 points. He’s added two goals and 10 assists for 12 points in 28 career playoff games. In June, 2018 he was drafted by the NHL’s Washington Capitals in the sixth-round (161st overall).

After starting their season with two road victories in Prince George, Alex Kannok Leipert and his teammates take to the ice at the LEC tomorrow night for the 2019 CIBC Home Opener at 7:30 PM against Portland.

“This is something you dream of.” – @AKannok

The captain shares his thoughts on being named the 17th captain in the history of the franchise. pic.twitter.com/X0TVIE4cvJ