G-MEN ROAR BACK WITH SHOOTOUT WIN VS KAMLOOPS 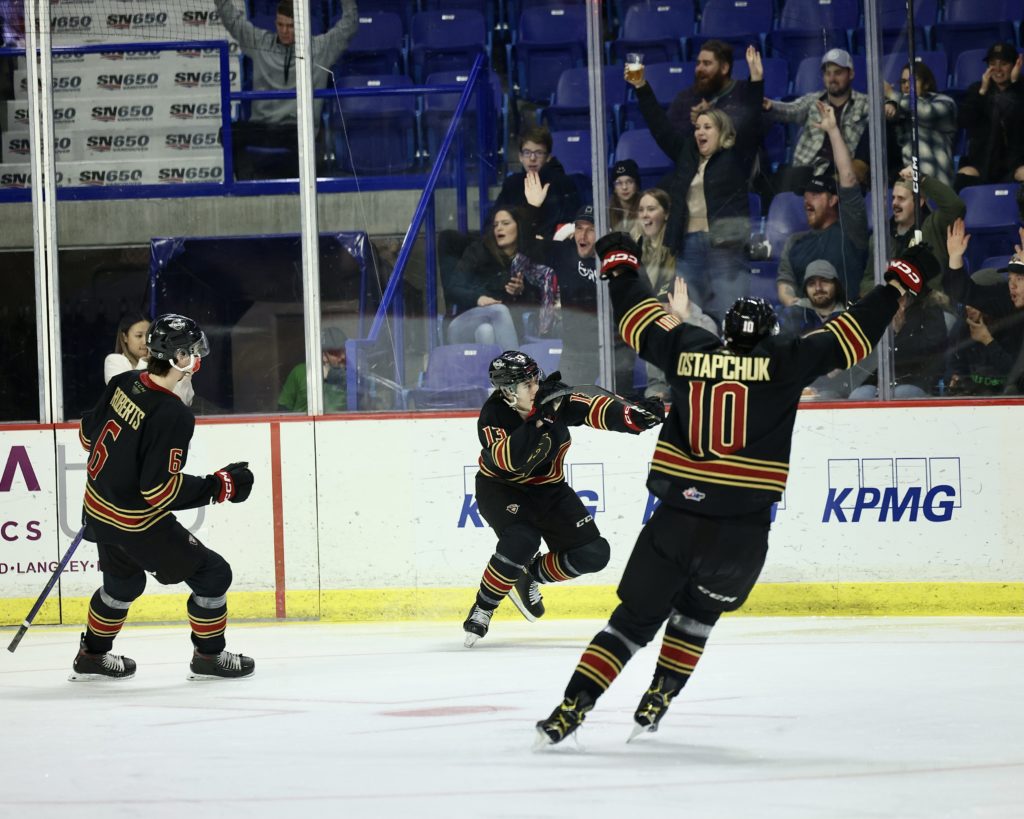 Langley, BC – Tonight’s matchup was a stark contrast to last night, as the goals were freely flowing for both teams at the Langley Events Centre.

KAM: Daylan Kuefler opened the scoring 1:07 into the game as he capitalized on a 2 on 1 rush early.

KAM: Matthew Seminoff doubled the lead 1:21 later with a bar-down shot from the left circle.

VAN: Jaden Lipinski got a fortunate bounce off his knee to bring the Giants within one 10:15 into the game on the powerplay.

VAN: Ty Thorpe scored another power play goal 6:50 into the 2nd on a one timer from the top of the circle.

KAM: Logan Bairos brought Kamloops back ahead during 4-on-4 play with 8:20 remaining in the middle frame.

VAN: Thorpe buried his second of the period five-hole on a rush at the 16:38 mark of the 2nd period.

KAM: Caedan Bankier put the Blazers back ahead 6:31 into the 3rd.

VAN: Just 1:21 later, Damian Palmieri tied the game on a scrambled rebound the he put in the yawning net.

KAM: Drew Englot restored the Blazer lead on a rebound with 9:22 left in regulation time.

VAN: Lipinski buried his second of the night with 1:20 left as the Giants tied it with an empty net.

Next Game: The Giants host the Cougars tomorrow at the LEC at 4:00.