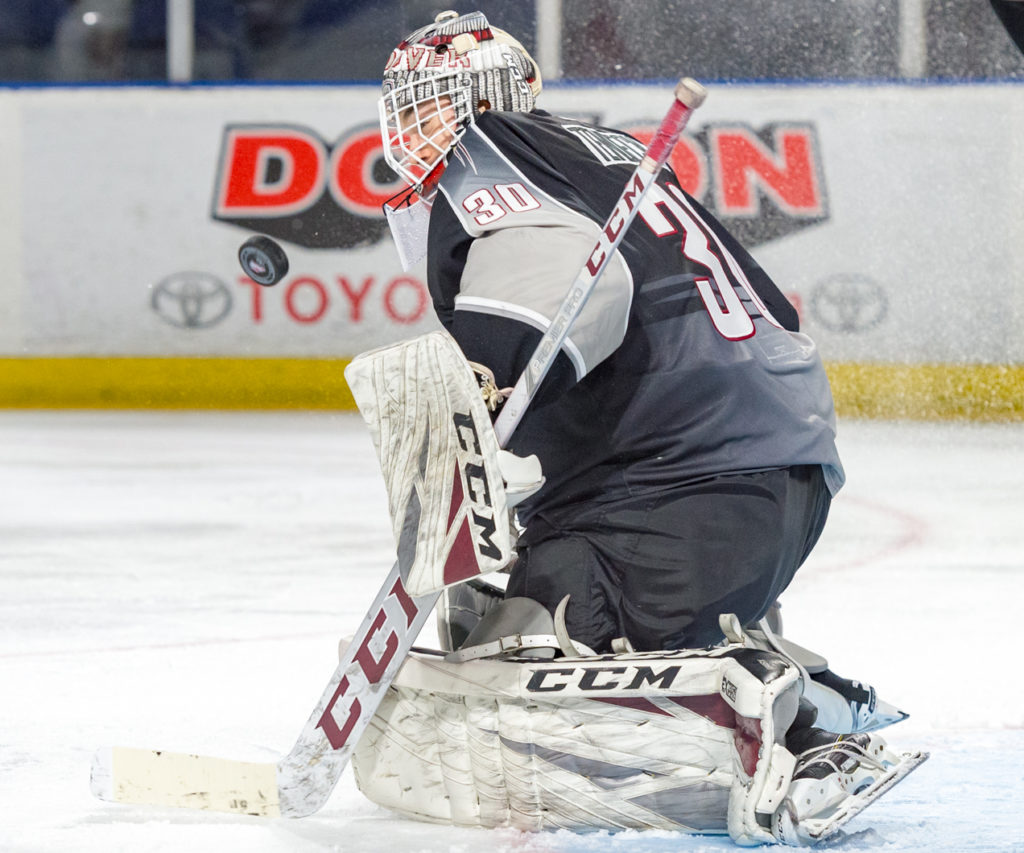 A season high 45 saves from David Tendeck and some late game heroics from Tristen Nielsen helped lead the Giants within four points of third in the B.C. Division. Friday night in Kamloops, the Vancouver Giants (17-16-2-1) fell 2-1 in overtime to the B.C. Division leading Kamloops Blazers (23-11-2-1). Tristen Nielsen tied the game for Vancouver with 26.4 seconds remaining in the third period, securing the single point for the Giants. Goaltender David Tendeck was stellar for the visitors making 45 total saves, 23 of which came in the third period to help keep his team within striking distance. Blazers captain Zane Franklin struck at 3:20 of overtime to give the Blazers the victory.

TENDECK STOPS 45 AS THE GIANTS EARN A SINGLE POINT

KAM – Logan Stankoven (13) put Kamloops up 1-0 at 2:05 of the middle frame. Stankoven wired a shot from the top of the left-wing circle after the Giants had failed to clear their zone. Matthew Seminoff had the lone assist.

VAN – With the Giants net empty and time winding down, Tristen Nielsen (17) took matters into his own hands. He skated the puck from his own blueline down the right-wing and into the Blazers zone. From there he moved to the middle, beat the Blazers defender wide and wired a shot past Dylan Garand to tie the score. Seth Bafaro earned an assist.

KAM – Zane Franklin (21) ended the game at 3:20 of overtime when his shot from the high-slot deflected off a Giant skater and past David Tendeck. Josh Pillar and Montana Onyebuchi both assisted.

Next Giants Game: Tomorrow night in Kelowna at 7:05 PM.