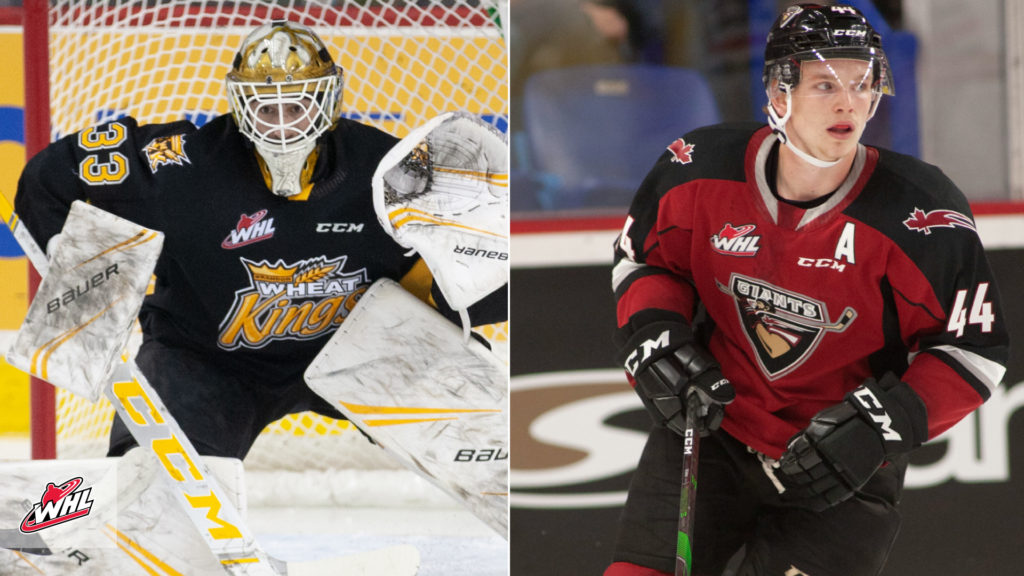 The Brandon Wheat Kings will clinch a spot in the 2020 #WHLPlayoffs:

If the Wheat Kings win in any fashion against the Swift Current Broncos (7 p.m. CT/WHLLive.com)

The Wheat Kings enter Wednesday’s WHL action with a 31-21-4-2 record through 58 games, good for 68 points and third place in the WHL’s East Division. The Red Deer Rebels, who don’t play Wednesday, have a 21-31-2-3 record through 57 games, giving them 47 points and placing them third in the Eastern Conference Wild Card standings. With 11 games remaining, the Rebels can achieve a maximum of 69 points by the end of the 2019-20 WHL Regular Season.

Therefore, a win by the Wheat Kings would assure them of at least a Wild Card spot in the WHL’s Eastern Conference.

The Vancouver Giants will clinch a spot in the 2020 #WHLPlayoffs:

If the Prince George Cougars lose in regulation to the Kelowna Rockets (7 p.m. PT/WHLLive.com)

Therefore, a regulation loss by the Cougars will clinch at least a Wild Card spot for the Giants in the WHL’s Western Conference.

To date, the Portland Winterhawks, Edmonton Oil Kings, Everett Silvertips, Kamloops Blazers, Lethbridge Hurricanes, Spokane Chiefs, Medicine Hat Tigers, Prince Albert Raiders, Calgary Hitmen, and Victoria Royals have secured berths in the 2020 #WHLPlayoffs. Further, the trio of the Winterhawks, Silvertips, and Chiefs will occupy the top three positions in the U.S. Division with the final ordering still to be determined.