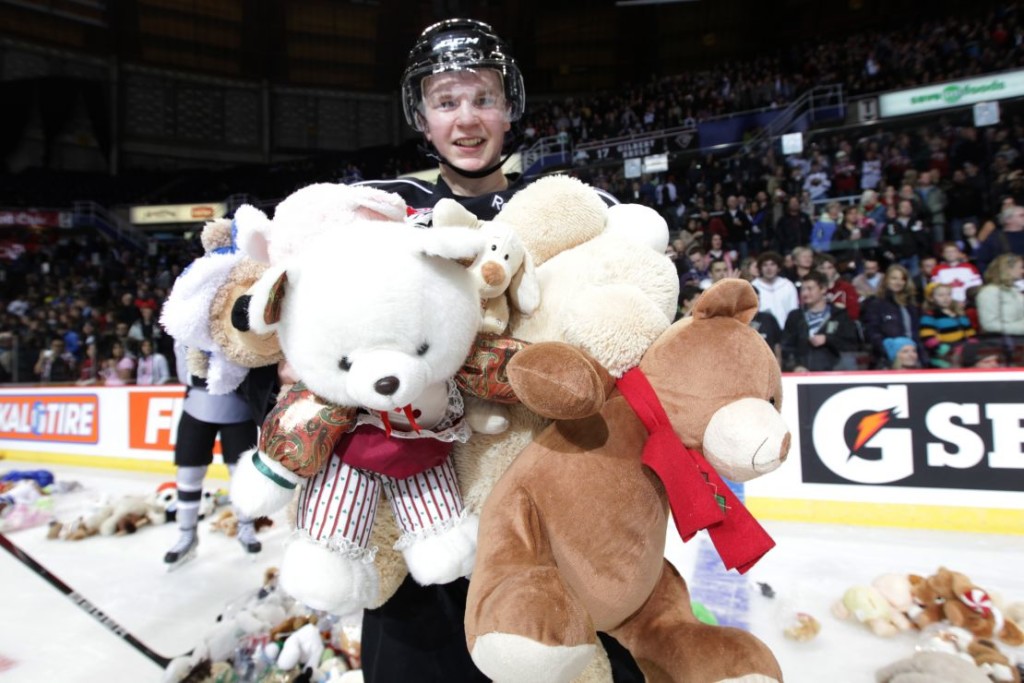 The Vancouver Giants are exctied to announce our list of Special Events & Promotions for the 2012/13 season. This year nearly half of all home games include a special event or theme, totalling 14 out of 36 games, plus the Subway Super Series between Canada and Russia, which adds up to 15 events in total.

It all starts with our home and season opener on Friday, September 21st vs the Victoria Royals. That night, the Giants will wear retro tribute jerseys to honour the 1945/46 Vancouver Canucks team that will be inducted into the BC Sports Hall of Fame the night prior. In addition, the first 5000 fans through the doors will receive a magnetic Giants calendar. And if that’s not enough, show your game ticket at Playland the following day (Saturday, September 22nd), and receive free admission after 3pm.

Over the course of the season, the Giants will pay tribute to three hockey legends, starting with Captain Canuck himself, Trevor Linden, on Saturday, December 1st. Some of his most storied moments have come right at the Pacific Coliseum, and on this night the fans will get to show their appreciation.

Then, on Friday, Feburary 1st, Burnaby Joe will be at the Coliseum. Despite spending his career with the rival Colorado Avalanche, Joe Sakic is one of the biggest names in hockey to come out of Greater Vancouver. This is a chance for fans in the region to call him their own for the first time and cheer for him.

Finally, on Friday, March 1st, Mr. Hockey himself will be in the building for his annual visit. But this year will be a little more special, as Gordie Howe celebrates his 85th birthday in 2013. On this night, the Giants will pay homage to his storied career and contribution to their franchise.

The 12th season of “Hockey With Heart” will also include a long list of annual favourites like the Teddy Bear Toss (Fri Dec 14), Celebrity Dash for Cash (Fri Jan 18) and Honda Fan Appreciation Night (Fri Mar 15) to wrap up the season.

Single Game Tickets for all 36 home games are also ON SALE NOW by calling 604-4-GIANTS or online HERE.

Tickets for the Subway Canada/Russia Super Series will go on sale at a later date, but can be secured now with a Season Ticket or Mini-Pack purchase.