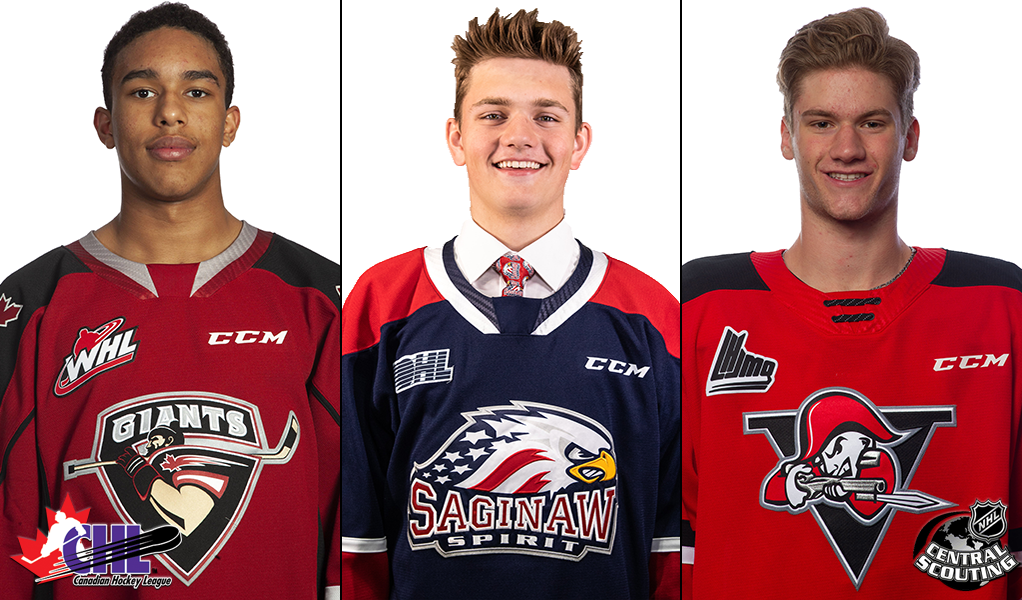 123 players from the Canadian Hockey League have been listed in NHL Central Scouting’s ‘Players to Watch’ report for November ahead of the 2020 NHL Draft in Montreal.

Nineteen skaters received an ‘A rating’ which indicates a first-round candidate.

Each league had ‘A’ ranked representatives, with the OHL featuring nine and five each from the WHL and QMJHL.

The remainder of the list counts 29 players who received a ‘B’ rating – indicating projected second- or third-round candidates – counting 28 skaters and one goaltender. Furthermore, 74 players counting 60 skaters and 14 goaltenders received a ‘C’ rating, which indicates fourth-, fifth-, and sixth-round candidates. Additionally, Val-d’Or Foreurs defenceman Jeremie Biakabutuka is listed in the ‘limited viewing’ category, indicating a player who has not received sufficient viewing due to significant time lost to injury. Through late November, Biakabutuka has skated in seven games this season.

In all, four CHL clubs are represented each with five players on the list, counting the Prince Albert Raiders, Portland Winterhawks, Soo Greyhounds, and Windsor Spitfires, while the Brandon Wheat Kings, Erie Otters, Guelph Storm, London Knights, and Saskatoon Blades produced four each.

71 CHL players were selected in the 2019 NHL Draft including 13 players chosen in the first round.